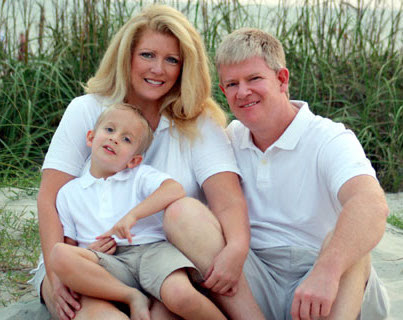 Laura, Brady and Paul
Emerald Isle, North Carolina
When I was in college, my grandfather died of cancer.

After eight months of chemotherapy and Hospice, he passed away in his home. I was there the morning they took away his lifeless body.

Then after being hooked up to an oxygen machine for eight years, my father died of cancer. He was frustrated and miserable in what should have been his golden years.

After these experiences, I decided, "I don't want to end up like that."
I try to do everything I can to age well as I get older.
So that's my background.

How about you?
What's your story?