"Why was I able to stay cancer-free and and have a healthy baby when all the experts said it wasn't possible? I cleaned up my diet. I took BarleyLife." 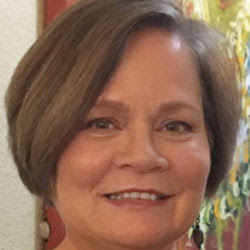 "I was a "Taco Bell Queen" and "Diet Coke Drunk" before being diagnosed with estrogen negative stage II ductal carcinoma breast cancer in 1987 at age 32.

A friend recommended I talk to a woman named Julia Braddock. Julia had gone through the Gerson juicing program and was cancer-free without undergoing chemotherapy.

When I finally reached Julia, she told me about a barley grass juice powder that had drastically reduced her juicing, because of the incredible convenience it offered.

I took it for a few months, but I didn't see Julia until four years later.

When I saw Julia again, I didn't recognize her - she had lost 10 years!

I said, "Your skin is so beautiful."

She said, "You know, barley juice retards your aging."

I was 36 at the time and thought, if barley juice does that for your skin, I"m in.

Sure enough, people started giving me compliments on my skin and complexion, asking me what I was doing, so I started referring them to Julia.

After several months, Julia called and said, "You need to be a Member." So, I joined AIM and began holding Monday "koffee klatsches" so people could ask questions.

With my cancer diagnosis in 1987, I was strongly admonished against ever having children.

This was repeated by my radiation oncologist at my last appointment in 1993. She cautioned me not to have children unless I was willing to have someone else raise my child, since my cancer was aggressive.

So I grieved the loss of not being able to have children.

But as I facilitated breast cancer groups in the following years, I watched as the tide of medical opinion gradually became more favorable toward premenopausal breast cancer patients having children.

John and I saw the first fertility specialist in 1998 and were told there was virtually no chance.

Our next appointment was in January 1999 with one of the best fertility doctors in the region.

He was RUTHLESS. He said at our ages, there was less than a four percent chance of spontaneous conception and a twenty percent chance the child would have Down Syndrome.

He asked incredulously, why would I want to mess that up as a 12-year cancer survivor?

His words stung me.

I walked out of his office with a resolve that I had never experienced before in my life. Any ambivalence I'd had about having children vanished. I felt a warmth, almost a fire, traveling up my spine into my heart.

Within a month, I was pregnant.

On November 11, 1999, we were blessed with Ariana, weighing 11 pounds, 3 ounces and measuring 22 inches. It was a natural birth and she was born without anesthesia.

As a baby, Ariana would lick the barley powder off of her high-chair table top.

Last spring she finished her junior year of high school with all A's and worked as a trainer at a horse ranch the past summer. She is a diligent knitter in the winter, making cable-knit sweaters and wool socks for her friends.

Why was I able to stay cancer-free and and have a healthy baby when all the experts said it wasn't possible?

I cleaned up my diet. I took BarleyLife.

I also used Renewed Balance during my pregnancy up until the eighth month, which is also good for your thyroid.

There are other possible reasons, but one thing is for sure: I'll never be without my AIM BarleyLife." - Katherine "Cass" Brown Capel, Ph.D., Auburn, California

P.S. BarleyLife is for people who believe nutrition matters. To learn more about this green superfood, Click Here.