Nearly Half of U.S. Cancer Deaths Blamed on Unhealthy Behavior 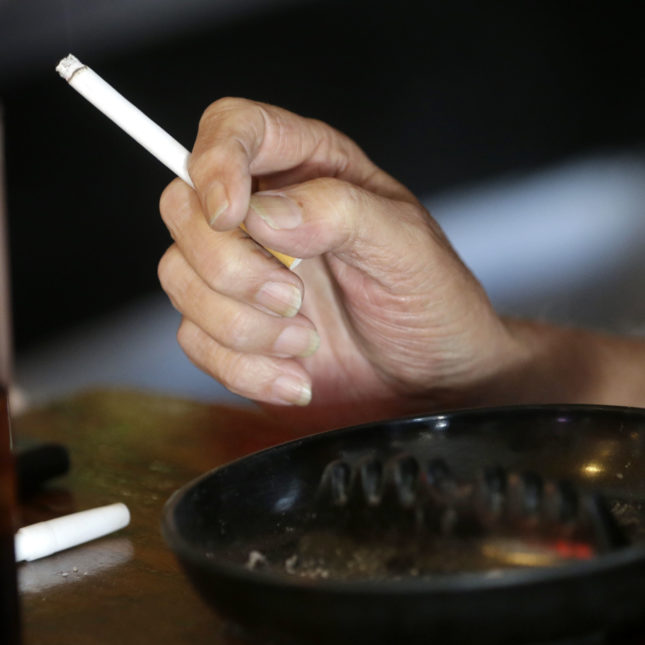 New York - A new look at cancer in the U.S. finds that nearly half of cancer deaths are caused by smoking, poor diet and other unhealthy behaviors.

That's less than commonly-cited estimates from more than 35 years ago, a result of new research methods and changes in American society. Smoking rates have plummeted, for example, while obesity rates have risen dramatically.

The study found that 45 percent of cancer deaths and 42 percent of diagnosed cancer cases could be attributed to what the authors call "modifiable" risk factors. These are risks that are not inherited, and mostly the result of behavior that can be changed, like exposure to sun, not eating enough fruits and vegetables, drinking alcohol and, most importantly, smoking.

A British study conducted in 1981 attributed more than two-thirds of cancer deaths to these factors.

The study used 2014 data and was conducted by the American Cancer Society. It was published online Tuesday in CA: A Cancer Journal for Clinicians.

"We thought it was time to redo those estimates," said Dr. Otis Brawley, the cancer society's chief medical officer and one of the study's authors.

Smoking was the leading risk by far, accounting for 29 percent of deaths. Excess body weight was next at 6.5 percent, and alcohol consumption was third at 4 percent.

The authors ran separate calculations for different types of cancer by age group and gender to try to account for how risk factors affect different groups of people, then added them together to understand the national picture.

Among the findings:
Richard Clapp, a professor emeritus of environmental health at Boston University expects the new numbers to be will widely cited and used to make decisions about how to spend money on cancer prevention, just as the influential British study from 1981 by researchers Richard Doll and Richard Peto has been.

Clapp said there is still room for improvement, however. He said the study doesn't address how two or more risk factors, like smoking and drinking, might work together in some cancer cases and deaths.

Also, aside from secondhand cigarette smoke, the researchers did not to include outdoor or indoor air pollution because the data on the cancer risk from pollution is not detailed enough to understand the national impact, said the study's lead author, Dr. Farhad Islami.