"Halfway through the second bottle, the pain and swelling was gone." 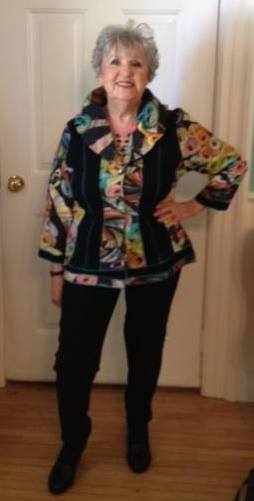 "Many years ago, my ankle started giving me trouble. My doctor had it X-rayed and determined it was arthritis. I was in my fifties at the time.

The ankle was swollen and there was an awful lot of pain. It was so bad I could barely walk.

Clients had to be brought to me at the credit union where I worked. Before the arthritis, I would always go out to greet them. I just couldn't do it anymore.

Of course, I could have taken pills that my doctor said would make me sick, so I didn't.

I used to get my nails done by a woman whose mother-in-law had cancer. When she noticed my difficulty with walking, she asked me what was wrong. I told her it was arthritis. She gave me a massage, which helped, but it wasn’t the answer.

At one point, I told her I don’t have much of an appetite in the morning. That's when she handed me a canister of the BarleyLife she stocked in her shop and said, "You might want to try this. It's better than nothing for breakfast."

I started taking the powder and then switched to capsules. Halfway through the second bottle, the pain and swelling was gone.

If I ever ran out and had to stop for a while, I'd get a tiny ache, warning me to get back on BarleyLife. So I stayed on it. I've never had arthritis since.

Even though I’m eighty-four, I don't feel like it. I'm the oldest one in my family and I feel great! I'm into organic food and I walk six kilometers daily.

All in all, I love my BarleyLife and take seven capsules every morning. I let other people know about it too and it’s helped them as well.

I would not do without BarleyLife. I'd starve first." - Dorothy Kutt, Lakefield, Ontario, Canada

Testimonials should not be construed as representing results that everyone can achieve. BarleyLife® is not intended to diagnose, treat, cure or prevent any disease. Results may vary per person.