"I'm a cancer victor, not a cancer survivor." 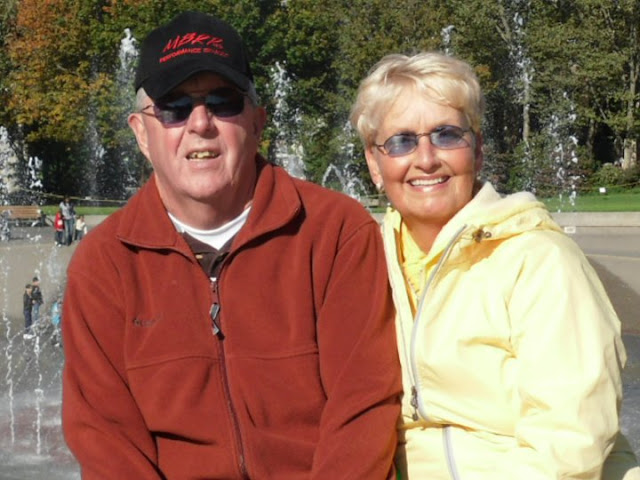 Linda Cole never considered for a moment she would ever be diagnosed as having breast cancer, even though it happened to her best friend, Jonni Sue Johnson.

Linda witnessed the effects of chemotherapy and radiation her friend underwent to kill the cancer. Jonni passed away within a year.

Linda’s health had been affected by a childhood of disabling allergies, as well as severe digestive problems as an adult. At the age of fifty, she had osteoporosis, her X-rays revealing the fragile bone structure of the elderly.

Working as a teacher’s assistant for eighteen years had worsened her health, due to spending so much time in the elementary school’s tiny Xerox room.

"It was like being a canary in a coal mine," recalled Linda.

A week after quitting her job in October 1996, Linda went for a routine physical that revealed a marble-sized lump in her breast. After the initial shock of being diagnosed with breast cancer, Linda Cole was sure of only one thing: she wasn’t going to have the same treatments her friend Jonni had twelve years previously.

Following the successful surgical removal of all traces of the lump, Linda decided to find alternatives to conventional methods of dealing with breast cancer.

Ironically, her husband David was a pharmaceutical representative who had been trained to sell drugs to doctors for their patients.

Having seen the friend of his wife die after chemotherapy and radiation treatments, he and Linda prayed for healing answers.

"When you put your foot on the alternative side of medicine, you spend the rest of your time, life and money trying every alternative method," said Linda, "But not all of them work. Dave knew from his pharmaceutical background that it had to be bioavailable."

The Cole's prayers led them to The AIM Companies in Idaho. Linda started with greens, one of the three Daily Essentials.

"BarleyLife provided easily absorbed nutrients that every cell in my body needed. And it doesn't have to be digested," explained Linda.

She added a second Daily Essential: fiber from Herbal Fiberblend to cleanse and detoxify her plugged colon.

In hindsight, Linda recognizes all of her health issues were warning signs of something deadlier down the road.

"I saw a National Geographic photo of an elephant's behind with a bumper sticker that read, 'If you can read this, you’re following too close.' We don't read the signs," stated Linda.

"Symptoms ignored long enough get you into serious trouble."

Along with taking AIM nutritional supplements, other lifestyle changes were necessary. Linda shopped only in the fresh produce sections of supermarkets.

"I eliminated acidic foods, drinks and thoughts from my life."

Grateful to God for living in the Pacific Northwest, where she was raised on a steady diet of hiking, backpacking and camping, as well as for her newly found strength and energy, Linda exercised regularly - an aspect of the Healthy Cell Concept.

Over the unhealthy years, she had gained sixty pounds, but now the weight was dropping off.

"People who knew about the cancer noticed the extreme weight loss and immediately thought I was dying," joked Linda, "but at the same time, they couldn't understand why I looked so healthy."

Even her bone density improved.

David and Linda met other AIM Members such as Janet Pauly, who became a victor over cancer with the help of BarleyLife® and other AIM nutritional products. Testimonials from Janet and so many others confirmed their prayers had been answered.

AIMega™ is the third component of the Daily Essentials that has contributed to her health improvements over the years. It provides her body with a daily supply of omega-3 and omega-6 essential fatty acids, which are vital for healthy cell structure and function.

"AIMega keeps me well-oiled with good fats that every cell in my body desperately needs to keep me in good health," says Linda. "It's all about healthy cells." She firmly believes in the Healthy Cell Concept and the power of its fifth element: a healthy mental attitude. As one of life's best medicines, laughter contributes greatly to your mental attitude. So for Linda, laughter is also a daily essential. This means you cannot have a conversation with her that doesn't include a chuckle or two.

Linda Cole generously shares her beliefs, especially concerning the importance of taking personal responsibility for your health. As a living advertisement that cancer can indeed be beaten, she has shared the benefits of a lifestyle that includes AIM products with family, friends and even complete strangers.

Linda's passion is understandable whenever people consider the healing effect AIM has had on her life.

Testimonials should not be construed as representing results everybody can achieve. BarleyLife® and other nutritional supplements from The AIM Companies™ are not intended to diagnose, treat, cure or prevent any disease. Results may vary per person.