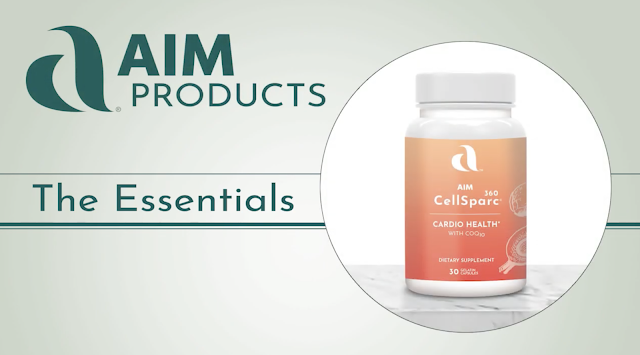 They don't call it "the heart of the issue" for nothing.

The heart is the center of life in our bodies, which is why it makes an apt metaphor for virtually anything that is vitally important to a cause.

Fixing the "heart of the issue" is important to us at work, in the home and in our relationships It should be no different in our health, either.

Figuring out how to fix the "heart of the issue" with our bodies is as plain as can be. We need to start with the heart.

Heart health relates directly to the overall health of our bodies. Blood flow from the heart carries nutrients through the body and keeps organs and body systems in working order.

The importance of heart health takes on added meaning when you consider the staggering statistics of heart-related illness in the United States: More than 80 million people have one or more forms of cardiovascular disease.

As heart disease becomes increasingly rampant around the country, protecting the health of our hearts will become even more important. And while there are many products available that claim to work wonders for bad heart conditions, there is no product quite like Cellsparc 360.

Like many other heart health products, Cellsparc 360 contains Coenzyme Q10 (CoQ10), which helps the body produce energy and keeps cells performing at their optimal levels.

But where Cellsparc 360 excels is in its combination of CoQ10 with tocotrienols and fish oil, as well as in its high rate of absorption, using softgel capsules.

Tocotrienols, which are a form of vitamin E, have anti-tumor and antioxidant properties that may reduce cholesterol. Studies have shown tocotrienols to lower even LDL cholesterol - the "bad cholesterol" most often associated with heart conditions.

Fish oil helps reduce triglyceride levels and lowers the risk of blood clotting and high blood pressure. Populations where large amounts of fish are consumed generally have lower rates of heart disease than other areas where fish is not as common.

Absorption of CoQ10 in an oil-diluent softgel capsule compared to a dry capsule is almost three times higher, which leads to higher levels of CoQ10 and an increase in energy.

"I'm a widow, age 73, living alone in my own home. In May 2007, I had an arrhythmia attack and was hospitalized for one week. My condition was rated as a 4, which is the worst rating.

When I was sent home, I was told to take it easy, watch my salt intake, and take a beta-blocker, Vasotec, and Kumodin.

That October, I began to take Cellsparc 360, one capsule daily as directed. I gradually regained my strength and began to carry out everyday activities.

Last May, one year after my arrhythmia attack, my condition was rated as 1., which was much better than the 4 I was rated the year before. At my last doctor visit in October of last year, I was told I had a total reversal of my condition, and I am now rated as a 1, which is normal.

I feel like my old self as I work in my garden, pick apples in my back yard, travel, and spend time with my grandchildren. I intend to continue taking Cellsparc 360. Thank you, AIM." - Elaine Reimer, St. Catharines, Ontario, Canada

Testimonials should not be construed as representing results everybody can achieve. Cellsparc 360® is not intended to diagnose, treat, cure or prevent any disease. Results may vary per person.