"I was stunned at how good I felt." 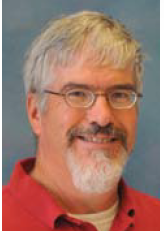 The solution for Richard Porter was the recovery and energy from the Garden Trio® - BarleyLife®, Just Carrots® and RediBeets®.

Twice before, the 300-mile bike ride - a ride for charity from Richard’s hometown of Plainview, Texas, to the Dallas-Fort Worth area - had led to a disappointing finish and a lot of questions.

The answers came from friend Debra Pugh, who introduced Richard to the nutritious beet, carrot and barley powders of the Garden Trio.

"I was stunned at how good I felt after trying the Garden Trio," Richard said.

"The first time I took it was in place of breakfast in the morning, before a workout. I had the incredible energy for the ride - energy that I hadn't had up to that point. That sold me."

When he assessed his previous 300-mile ride attempts, Richard identified his problem as being one of recovery and energy. Riding one hundred miles in one day is completely exhausting, yet Richard aimed to do this three days in a row.

On his first two attempts, he made it through two days of cycling before stopping. The third time, with the help of the Garden Trio, he completed the 300-mile journey.

"On the ride, the recovery part of the Garden Trio really became critical," Richard said.

"When I took the Garden Trio at night following each leg of the ride, I didn’t have the fatigue and the soreness and the lethargy that I normally had on the subsequent day of a hard ride."

The ride was not without its obstacles. Richard encountered a twenty mile-per-hour headwind, seven flat tires and unexpected road construction.

He admits at age forty-nine, he doesn’t have the same energy or stamina as he did in his youth. But he may have found his solution with the Garden Trio.

"It seems to be doing remarkably well for me as an energy drink and a recovery drink," Richard said.

"As an older athlete, being able to do a hard work out, come in and drink the Garden Trio, and get up the next day to work out again, it’s amazing."

Richard will continue with his charity rides as he raises money for a scholarship endowment for college-age missionaries. His next ride is planned for April or May.

P.S. To match the power of the Garden Trio, you would need three servings of green vegetables to equal a single serving of BarleyLife.

To learn more about the Garden Trio, Click Here.

"One of my granddaughters was down after she gave birth to twins. She was suffering from postpartum depression and about to be put on medication. After two weeks of using the Garden Trio, she was totaly turned around. Now her four children take it." - Carolyn Kling, Nampa, Idaho

"The Garden Trio is a great way for me to start the day as it supplies all my necessary nutrients. I sometimes go all morning with just that. I'm sixty-four years young and feel great. My husband also takes the Garden Trio. He starts his morning with it before he goes to work. He is seventy years young." - Andrea DeWane, Pottstown, Pennsylvania

“We volunteer at the Redwood Gospel Mission, a drug and alcohol rehab center that also feeds the homeless. One of the men we met there told us the doctor said his liver was gray and he might need a transplant. We gave him a mixture of the Garden Trio. He took it daily for two months. When he went in for a sonogram, the doctor was amazed there were areas of his liver that were the color of a healthy liver. Since we’ve been taking the Garden Trio, we rarely even catch a cold.” - Tim and Karen Hudson, Rohnert Park, California

Click Here to find out more about the Garden Trio. 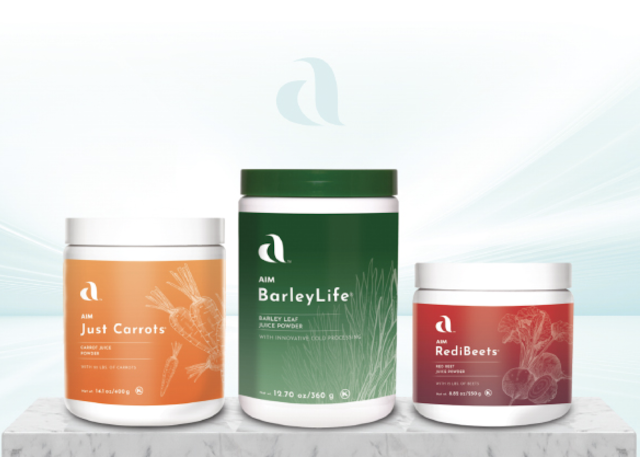 Testimonials should not be construed as representing results everybody can achieve. Nutritional supplements from The AIM Companies™ are not intended to diagnose, treat, cure or prevent any disease.