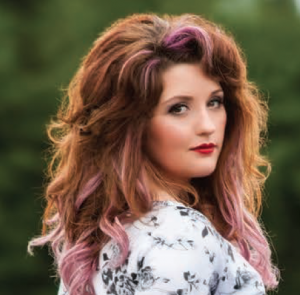 "All my life, I have had digestive and intestinal issues.

Calling one of my parents to bring medicine to help me with my awful stomach pains became a normal routine in elementary school.

I learned to avoid "rich" foods because they would make me sick if I ate them.

In college, I gained weight and had bad stomach reactions, so I decided to go to the Seattle IBS Clinic to get a blood test for food allergies. When the results came back, I learned that I suffered from gluten intolerance. This explained my lifelong struggle.

I'm a stubborn person and hated the thought of being allergic to something. I tried eating gluten again after a few months of being off the stuff. Unfortunately my body wasn't having any of it and I became sick. So I learned my lesson. No more cheating for me.

A gluten-free diet isn’t a diet. It’s a lifestyle change.

Gluten is a substance found in certain grains, mostly wheat. Anything made from wheat flour contains gluten.

There are a lot of people who go on diets where they eliminate carbs or bread or whatever, but the majority of people who go gluten-free need to because they have been diagnosed with celiac disease and want a healthier lifestyle.

When I went gluten-free the most drastic thing that happened was that I lost fifty pounds. I also haven’t gotten sick nearly as often.

Growing up, I suffered from a skin condition called pilaris keratosis where tiny red bumps that felt like sandpaper sprouted all over my arms and legs.

I also had hyperhidrosis, an excess of sweat even when I was cold. Since I removed the gluten from my diet, my skin has smoothed out, and I only sweat when it’s hot.

Every morning I start with an AIM shake: ProPeas, fit ’n fiber, and CoCoa LeafGreens, in coconut milk, along with a tiny spoonful of certified gluten-free natural peanut butter. Just this can keep me full for my whole workday.

And since BarleyLife has such a minute percentage of trace gluten, it’s pretty much gluten negligible. Even with my really bad sensitivity, I can drink it no problem.

There is absolutely no health detriment caused by removing gluten from your diet.

Sometimes the price of a gluten-free product is a little more expensive. Sure, it takes some getting used to when you go to the grocery store or eat out, but we live in a time where it’s so easy to find good food products that cater to people with food allergies.

There has been a diet revolution going on, and the great thing about it is that it’s starting to show up in the mainstream.

Even if you’re not allergic to gluten, I would highly recommend incorporating some gluten-free alternatives into your diet. Even a small change can yield a huge and positive impact on your health.” – Brittany Burkfield, Seattle, Washington

AIM Members with celiac, sprue and gluten intolerance have used BarleyLife® and BarleyLife® Xtra with no negative effects. However, as a consumer, it is ultimately your decision whether or not to use these nutritional products.