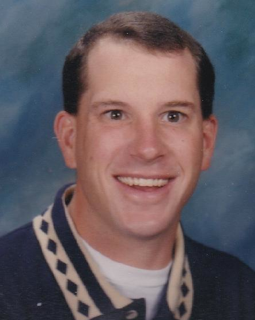 Juan Chesson was probably the nicest guy you would ever meet.

He was a year older than me. I was in several classes with his younger brother, Harold. Their father was a teacher and coached high school football and baseball.

Juan grew up playing wiffle ball, basketball and football with his brother and friends in their backyard.

When he got older, he played football and baseball in high school. Of course, he received all of the sportsmanship awards.

Once he graduated from high school, Juan became an avid runner. He stayed in better shape than any of his friends.

During the Thanksgiving and Christmas holidays, many of us would get together and play full-court basketball.
Several of the players had been all-conference and all-state athletes. Yet no one wanted to guard Juan, because he was in such great shape!

A good student, he graduated from North Carolina State University with a degree in mathematics. He eventually became a high school teacher and baseball coach in Asheville, North Carolina.

Juan had a happy and satisfying career and was making a difference in the lives of his young students.

Then he found out he had leukemia.

After a lengthy battle, the leukemia went into remission. When we heard the news, we all let out a sigh of relief. After all, Juan was one of the good guys.

But he was not yet out of the woods.

Eventually the leukemia came back again, this time stronger than ever. Juan fought the good fight, but this time, the disease won.

Shelton Juan Chesson, Jr. passed away in the fall of 1999. He was just thirty-two years old. He left behind a wife who was eight months pregnant.

Juan’s death made me think long and hard about a lot things.

Every once in awhile, I find myself wondering about my friend. I bet they play wiffle ball now in heaven.

All because of Juan.