5 Reasons To Get More Chlorophyll in Your Diet 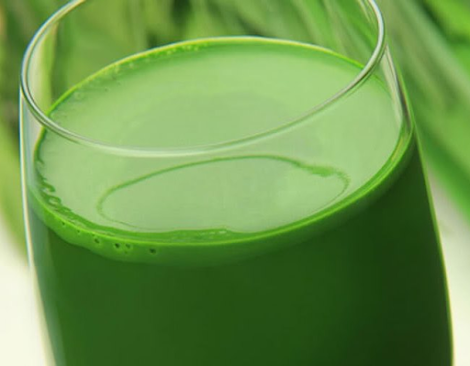 Chlorophyll is the green pigment found in plants and algae, that absorbs sunlight for photosynthesis. It’s the lifeblood of plants, resembling the hemoglobin found in human blood.

Every time we eat a raw green, vegetable, we also consume nutritious chlorophyll.

What many people may not know is cooking a vegetable will destroy its chlorophyll content, along with other important enzymes.

Ideally, we should aim to keep  the chlorophyll of our food intact, because of the numerous benefits it provides. Here are a few of those benefits:
1. Antioxidant Action

Probably the most well-documented benefit of chlorophyll is its powerful combination of antioxidants.

Chlorophyll is believed to scavenge free radicals and chelate (to bond with and neutralize) reactive ions.

Because chlorophyll contains a great deal of antioxidants, it will also help combat chronic inflammation.

Chlorophyll has been shown to reduce carcinogen bioavailability and biomarker damage in animals as well as aflatoxin (a fungal toxin that can attach to grains and spices) in human studies. A smaller study found that chlorophyll might also aid in removal of carcinogens associated with fried-meat products.

"Effects of chlorophyll and chlorophyllin on low-dose aflatoxin B(1) pharmacokinetics in human volunteers." - Cancer Prevention and Research, 2009 "Inhibition of fried meat-induced colorectal DNA damage and altered systemic genotoxicity in humans by crucifera, chlorophyllin, and yogurt." - PLOS ONE, 2011

4. Promotes Better Wound Healing
Since the 1940's chlorophyll has been used topically on wounds to promote healing and reduce inflammation. It is still used for those purposes today.

It is believed chlorophyll slows the growth of some kinds of anaerobic bacteria and, therefore, aids in the healing process.
5. Odor Control

Chlorophyll has been used for over a half-century as a way to control internal odors. It is used topically to dampen fouls smells from wounds.

It has also been employed internally to reduce the smell of colostomy bags, urine and feces.

A new study on people who suffer from Fish Odor Syndrome - a genetic disease that causes some people to smell like fish - found 60 mg of chlorophyll daily reduced that smell.
Chlorophyll from BarleyLife

Each 4-gram serving of BarleyLife contains over 19 mg of chlorophyll.

BarleyLife is processed cold, locking in the freshness as well as the nutrition of other chlorophyll and digestive enzymes one would normally find in a fresh vegetable.

As a powder, the nutrients in BarleyLife can be absorbed quickly and more effectively than a garden-variety vegetable. It is also easier to digest and only contains 15 calories per serving.