Staying Healthy While on Vacation 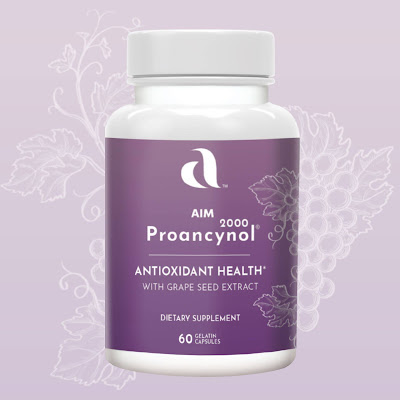 Traveling has always been one of Donna Eilertsen's priorities in life.

"Basically, I worked hard all my life so that I could afford to travel," she admitted. "Otherwise, I would have earned just enough to live simply and stay home."

Home is Vancouver, British Columbia, where Donna has lived for over fifty-three years. During those years, she journeyed to her desired destinations all over the world, including Europe, South America, and Asia.

When she retired in 2008, Donna had time to focus on where to go next. As a little girl, she had dreamed of going to Africa. In January 2013 she made dream come true.

"I started planning over a year before the plane took off, so I got a great deal on the flight, hotels, and safaris," Donna explained.

"I wanted to stay healthy throughout the trip and was concerned about the day-long flight."

Having struggled with jet lag and colds from flying, Donna read with great interest a testimonial about Proancynol 2000 in AIM Living Well magazine.

Janet Pauly had taken this natural health product to avoid jet lag and received an unexpected result: She got rid of a persistent cough.

Donna decided to buy Proancynol 2000 - six months before her trip.

"I brought all of my supplements in capsules along with me on the trip," Donna stated, having decided to take two Proancynol 2000 every two hours during the twenty-four-hour flight.

Her advance plans for staying healthy throughout her dream-of-a-lifetime trip worked. Traveling and camping out on chilly nights under African skies can negatively affect health.

But unlike most of the people she met on safari in Kenya and Tanzania, Donna never got sick.

Some of her traveling companions were amazed at how she managed to stay healthy, especially since Donna was the retired elder of the group.

Keeping in touch with her new worldwide friends after she returned to Canada in good health, Donna was surprised to find out through e-mails and phone calls that none of them had taken their supplements while on vacation.

Back home, each had a terrible cold, so they asked Donna where they could buy the products that had kept her well.

"I told them about AIM," Donna said, "especially Proancynol 2000 for flying."

Showing no signs of slowing down or fading interest in new adventures, Donna turned seventy in April. In the same month, she confirmed a flight to Bali for January 2014.

Her traveling companion to Indonesia asked her to buy extra Proancynol 2000 for the trip.

Donna tells everyone about Proancynol 2000 because it works.
P.S. Proancynol 2000 contains grape seed extract, which improves circulation and reduces swelling caused by injuries.
This extract has also been shown to help with eye disease, related to diabetes.
Proancynol 2000 is also unique due to the clean extraction, without the use of solvents.
It's formulated to improve glutathione levels. It has 7 antioxidant-rich ingredients to provide antioxidant recycling, along with quick absorption.

Testimonials should not be construed as representing results everybody can achieve. Proancynol® 2000 and other AIM products are not intended to diagnose, treat, cure or prevent any disease. Results may vary per person.