"I thought this green powder must be some kind of quackery and fraud." 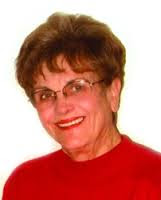 "On July 31, 1980, during surgery, I was diagnosed with Non-Hodgkin's Lymphoma, cancer of the lymph system.

Green powder was definitely not something that interested me.

I probably wouldn't have tried it, if the Lord hadn't spoken to me and said to listen to the tape my friend had sent…but that's another story.

My largest tumor was under my left arm and was the size of a tennis ball.

Four days after I started taking the green powder, this tumor began to soften and was my first tumor to go completely away.

I was taught in nursing school we get all the nutrients we need in well-balanced meals. Our family ate healthfully, including vegetables, salads, and whole grains.

I should have been getting everything my body needed to stay healthy.

The fact that my tumor began to soften after only four days on the green powder told me there was something in it, perhaps yet unidentified, that my immune system needed, to begin to function effectively in my behalf.

After being on the green powder for four months, I went back to the hospital and had a blood test. It was normal for the first time in four years!
Subsequent bone marrow biopsy showed healthy bone marrow.
My doctor and I both attributed my remission from cancer and bone marrow recovery to the green powder.