The Invisible Deficiency That Could Be Harming Your Health 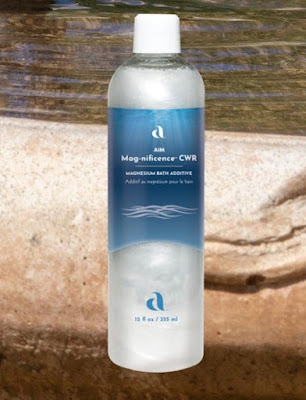 A recent story, published on CNN, shows magnesium and magnesium deficiency have finally nabbed the spotlight of the mainstream media.

CNN interviewed Dr. Danine Fruge, the Associate Medical Director at the Pritikin Longevity Center in Miami, Florida. He says less than twenty-five percent of the U.S. population receives their daily need of magnesium.

Without magnesium, your heart would not beat. It regulates muscle and nerve function. Magnesium is involved in the production of DNA, protein and bone. It's an electrolyte that helps move electricity through your body. It has a role in blood glucose control as well as blood pressure regulation.

Yet, most people are not aware they are lacking in this crucial micronutrient. That's why magnesium has been called, "The Invisible Deficiency" by medical experts.

If you run out of magnesium, your calcium and potassium levels may also become depleted, leading to further health problems. Other more severe side effects include personality changes, abnormal heart rhythms and coronary spasms. (Source: NIH)


The Health Benefits of Magnesium

"Adults who consume less than the recommended amount of magnesium are more likely to have elevated inflammation markers. Inflammation, in turn, has been associated with major health conditions such as heart disease, diabetes, and certain cancers. Also, low magnesium appears to be a risk factor for osteoporosis." - Web MD


3. Magnesium is Used to Treat Constipation

That's why it's the active ingredient in most laxatives.

"Magnesium sulfate is a mineral that reduces seizure risks in women with preeclampsia." - Healthline

Doctors are looking at magnesium as a way to treat asthma.

"Magnesium seems to be beneficial in the treatment of moderate to severe asthma in children." - Canadian Family Physician

Note: The above is for informational purposes only and is not to be construed as medical advice.

P.S. Magnesium is an important mineral in your body. It's involved in over three hundred biochemical reactions.
Every single cell in your body needs it and it's necessary for you to function at a high level.