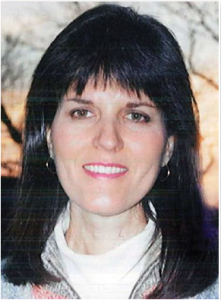 Mary Westerfield of Cincinnati, Ohio, is a two-time cancer survivor. She embraced whole-food nutrition, juicing and healthy eating in her battle with cancer.

And the plan worked.

"I've been cancer-free since 1986. Let food be your medicine - that's how I've been living for the past twenty years," Westerfield said.

Mary was first diagnosed with cancer in 1980 when doctors found a malignant tumor in her neck. It was found to be Hodgkin's lymphoma. She did a course of radiation that left her in extreme pain and unable to tolerate swallowing whole food.

The cancer remained at bay until 1986, when an annual checkup revealed a lump on the opposite side of her neck. Doctors prescribed chemotherapy, which Mary endured for seven months.

Radiation and chemo were incredibly hard on her body, so she sought a way to build it back up.

Friends led her to nutrition as a means of strengthening her immune system. Mary began drinking carrot juice and discovered the benefits of whole foods, fruits, and vegetables.

In 1995, she became a Member of The AIM Companies. She continues to use BarleyLife each day, as well as Herbal Fiberblend, to maintain a healthy colon.

Since changing to a healthy eating lifestyle, Mary has had no recurrence of cancer. Her health problems are a thing of the past.

"It's almost impossible to list all the benefits I've experienced from my new lifestyle," Mary said.

"I never get colds or the flu and no aches or pains. Many people can't believe I ever had cancer. They think I'm in my late thirties or early forties and I will be sixty next year. I'm now helping others to use AIM products for their health and nutrition.

"I've been using AIM products since 1986 and I know this natural lifestyle is what's keeping me healthy and happy."

P.S. BarleyLife and Herbal Fiberblend are for people who believe nutrition matters. They want to do everything they can to avoid being sick as they get older.