"It has been nine months now and I have not had a bout of diverticulitis." 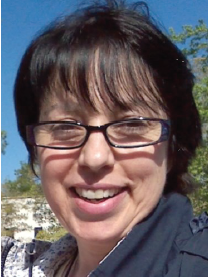 "Over the past two years ago, I have had three bouts of diverticulitis. By the third time, I had difficulty with the antibiotics and became allergic to almost everything they could find to help. I had to go to the ER and was admitted to the hospital for IV antibiotics.

Even after my release from the hospital, I did not feel like I was getting better. Due to the fact that I had been on antibiotics, my intestines felt like they were on fire. A doctor told me I need to have surgery as soon as everything cleared up. I went to see the surgeon and was scheduled to have the bad part of my colon removed.

Then Cheri and Randy Menges encouraged me to try AIM nutritional supplements before having surgery. I was still in pain, so I thought I had nothing to lose.

At first I felt like I was getting worse. I called Cheri and she told me my body was toxic and just to keep on it for a little longer. I did. After about three days, I started to have hope that things were getting better.

A week later, I could see this was my answer and called to cancel the surgery.

The surgeon had told me that I would definitely need surgery. It has been nine months now and I have not had a bout of diverticulitis.

If I feel something might be starting to flare up, I just take more of the products from AIM. I take the FloraFood, BarleyLife and Herbal Fiberblend every day. I am so grateful to Cheri and Randy for telling me about AIM so I could avoid surgery and feel good again." - Laura Gardner, Columbus, Ohio