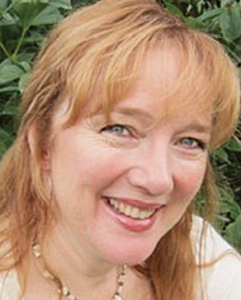 On June 20, 2013, low flying, black helicopters roared above the city of Calgary, blasting warnings that residents had to evacuate area.

Flood water was forcing over 100,000 people from their homes.

Alma and Gary Johnston found themselves in a state of emergency.

As if the helicopter assaults were not enough, patrol cars with loudspeakers blaring drove through their neighborhood, broadcasting orders that everyone had to leave immediately. The unimaginable had happened.

A few weeks before the floods, Alma met Linda Easthouse, who showed her a copy of the CoCoa LeafGreens datasheet. After reading about its health benefits and great taste, Alma could not wait for her order. She had to get it right away - and she's glad she did.

"When you're being evacuated from your home, you can't take a lot of stuff. CoCoa LeafGreens was one of the first things I grabbed to help make sure we had better nutrition while we were away from our home," stated Alma.

"With Gary battling thyroid cancer, I know he needs greens to help him maintain an alkaline body pH."

He and Alma had decided not to surgically remove the cancerous lump, which has been getting smaller since it was first noticed in February 2013.

Fortunately for the Johnstons, the rising floodwater stopped a block and a half from where they lived, so they did not have to spend much time away from home. But her instinct to have something healthy and comforting like CoCoa LeafGreens on hand, just in case, is a good lesson for anyone who wants to prepare for a disaster situation.

After the flooding, the air around Calgary smelled horrible from raw sewage and the moldy material that littered the city. Flood water is heavily polluted with viruses, bacteria and parasites, so Alma made sure they boosted their immune system with probiotic (healthy bacteria) in FloraFood®, along with antioxidant-rich CoCoa LeafGreens.

"Before CoCoa LeafGreens was available, both Gary and I took LeafGreens capsules," Alma explained.

"Even though I know we need proper nutrition, I am a fussy person who doesn't like certain flavors."

But both of them love the chocolaty flavor of CoCoa LeafGreens, especially in unsweetened almond milk."

"I take about two teaspoons per serving. I like it for breakfast because it gives me more energy than cereal."

"I highly recommend CoCoa LeafGreens concentrated nutrition to anyone wanting to pursue a healthier lifestyle, as well as those wanting to stack the odds in their favor to defeat any one of a number of health concerns that can be beaten by being more alkaline. Thanks, AIM. You did it again!"

P.S. CoCoa LeafGreens is a combination of three different types of cocoa.

Cocoa supports bone health, benefits your heart, has a positive effect on blood pressure as well as cholesterol and more.

Testimonials should not be construed as representing results everybody can achieve. CoCoa LeafGreens® is not intended to diagnose, treat, cure or prevent any disease. Results may vary per person.