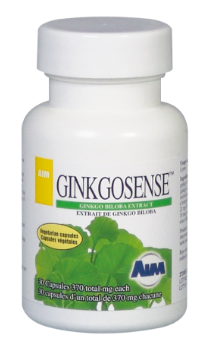 Following are suggested uses Gingko for specific symptoms per The Mayo Clinic:

1) Research has reported benefits of ginkgo for the treatment of altitude (mountain) sickness.

2) Age-associated memory impairment (AAMI) is a nonspecific syndrome, which may be caused by early Alzheimer’s disease or multi-infarct dementia (conditions for which ginkgo has been shown to have benefit).

3) In early research, ginkgo was shown to be effective in the treatment of patients with acute hemorrhoidal attacks.

4) Multiple clinical trials have evaluated ginkgo for a syndrome called "cerebral insufficiency." This condition, more commonly diagnosed in Europe than the United States, may include poor concentration, confusion, absentmindedness, decreased physical performance, fatigue, headache, dizziness, depression, and anxiety. It is believed that cerebral insufficiency is caused by decreased blood flow to the brain due to clogged blood vessels.

5) Overall, the scientific literature does suggest that ginkgo benefits people with early-stage Alzheimer's disease and multi-infarct dementia, and it may be as helpful as acetyl cholinesterase inhibitor drugs such as donepezil (Aricept®).

6) Numerous studies suggest that Ginkgo biloba taken by mouth causes small improvements in claudication symptoms (leg pain with exercise or at rest due to clogged arteries).

7) Ginkgo may reduce symptoms in patients with asthma.

8. Based on human research, Ginkgo biloba in patients with multiple sclerosis may improve cognitive function.

11) Ginkgo is traditionally used for improved memory or cognition and research supports a possible use for patients with dyslexia.

13) Ginkgo may decrease damage to cells caused by radioiodine therapy in patients with Graves' disease.

15) Based on laboratory research, it has been suggested that ginkgo may provide benefit in multiple sclerosis (MS).

16) Initial research in women with premenstrual syndrome (PMS) or breast discomfort suggests that ginkgo may relieve symptoms, including emotional upset.

17) Based on early research, ginkgo may be effective in treating pulmonary interstitial fibrosis.

18) Results from one clinical trial suggest that Ginkgo biloba may be effective in reducing the number of attacks in patients suffering from Raynaud’s disease.

19) Early studies suggest that ginkgo may aid in quality of life.

20) Ginkgo has been used and studied for the treatment of sexual dysfunction in men and women.

21) Laboratory studies suggest that ginkgo may be helpful immediately following strokes, because of possible antioxidant or blood vessel effects.

Research performed by The Mayo Clinic on the health benefits of Gingko. However, the documents all stated that this research was inconclusive as to whether Gingko would be beneficial and required further testing.

Note: This article is not stating Gingko can or will heal, but it is possible it can help alleviate the symptoms.