Overdose of Aspartame and MSG Toxins Nearly Killed Me 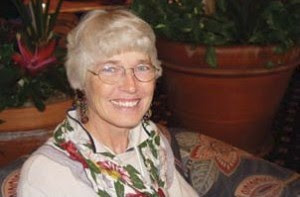 Over thirty years ago, I was rushed to the hospital overnight to the emergency unit. A swelling of my upper lip had started earlier that evening. My whole face was numb and all puffed up.
I had huge lumps all over my body that were so itchy I could hardly bear it. I was unrecognizable and looked like a gorilla without all the hair. This was the turning point of my life.

The doctor immediately filled me with two drugs to quickly help the swelling go down. He literally saved my life that night.
He told me later I had reacted from an overdose of toxins in my body, mainly msg and aspartame. He said I swelled outwardly instead of internally, which gave me more time, but my throat would have closed up completely had I not arrived at the emergency room when I did.
The doctor said I'd have to carry Benadryl with me the rest of my life.

For several years, I was forced to read labels of everything I bought at grocery stores. I had to be very careful when I ate out. I found myself taking Benadryl often to keep from swelling again. My eyes went from 20-20 vision to where I needed glasses.

Most of my busy days at work, I felt like a zombie, my brain felt numb, and it was a struggle to get through each day. With our business, when we traveled by air, I always needed to take extra Benadryl because of the high level of preservatives in the foods that created swelling and then produced pressure in my head.

But what had seemed like a curse turned into a blessing. I had been on Benadryl approximately ten years before The AIM Companies introduced a product called Proancynol 2000, which contains antioxidants that kill free radicals.
After reading the data on this product, I realized I needed it.

I introduced Proancynol to my body while decreasing the Benadryl. A short time later, I took the Proancynol with me on a business trip while flying, and it prevented any swelling and itching from the very beginning.

I also learned later that many free radicals are created in our bodies while flying. By taking one Proancynol capsule before boarding the plane and one capsule after landing, I was able to protect my immune system. The Proancynol builds up the antibodies that protect us from many diseases.

I had already been using Barleylife and Herbal Fiberblend before Proancynol came out. Those two products had helped me through the first ten years of my serious condition. I had completely lost my immune system and was walking in darkness when God showed me a great light. The AIM Companies brought me the right products at the right time. All these things helped me cleanse, nourish and heal." - Bernadette Pickett, Kimball, Michigan

Testimonials should not be construed as representing results everybody can achieve. Proancynol® 2000 is not intended to diagnose, treat, cure or prevent any disease. Results may vary per person.