Indiana Man is Living Beyond Cancer 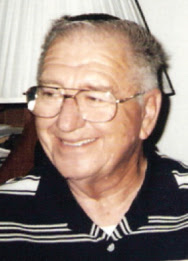 "I'm sixty-nine years of age. This past summer, July 2009, I noticed I had become very tired and had began losing weight for no apparent reason. When I would eat I noticed everything had a salty taste.

I was told I had golf ball size stones floating around. The surgery for the ruptured appendix and gall bladder was much more extensive than we thought it would be. The doctor removed two lymph nodes that were positive.

He also removed about a foot from my colon. A scan also showed a 1 cm spot deep in my liver. The biopsy showed this to also be cancerous. I had four chemo treatments, one every other week. I didn't feel sick or pain from these.

Shortly before Christmas, a Hospice nurse started coming to our home once or twice a week. Soon afterwards, I had a cancer hole appear in my right side and it started to drain. It was about the size of a dime.The hospital doctor told me the cancer had eaten a hole through my side and it was draining. The Hospice nurse would measure the hole each time.

One night I was laying here in the hospital bed and Junior Beechy phoned me. He wanted to know if I would be willing to try BarleyLife Xtra. Said he had been on it and felt more energy. He wanted to buy my first order for me.

After the first week, I felt more energy and my stomach felt different. I told my wife, "I can't hardly lay in this hospital bed any more. If I keep feeling like, this I am going to start walking."

After being in the bed for three months, I had become pretty weak. Soon I started to walk the length of our house. The nurse continued to come to our home. She would measure the hole in my side which had begun to heal and close up. This was a mystery to her.

After the hole in my right side had healed I went for a scan. The doctor asked where is this hole? He examined me and pushed on my stomach and nothing hurt at all. He said, "I am utterly shocked."

P.S. BarleyLife® and BarleyLife® Xtra are for people who believe nutrition matters. To learn more about this nutritious green superfood for kids and adults, Click Here.