"...the Mayo Clinic confirmed Stephen was free of arthritis." 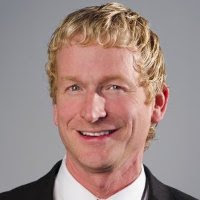 In 1987, at the age of twenty-three, Stephen Distad had a bright future in the music industry, pursuing a master’s degree in organ church music at Baylor University.

However, those dreams appeared as if they would be derailed.
Stephen developed a severe case of rheumatoid arthritis, casting a cloud on his future in music.

Tests at the Mayo Clinic confirmed Stephen’s greatest fear: The severity of his arthritis would be too great to continue with his music studies.
According to the physicians at the clinic, Stephen would eventually need a wheelchair and have to change careers. The best treatment was to mask the side effects while the condition worsened.

This story gained notoriety in a local newspaper. The news article caught the attention of AIM Member Douglas Waters. He decided to go to the residence of Stephen Distad in Waco, taking with him a jar of green powder called BarleyLife.

Throughout his life, Stephen sought natural remedies for his arthritis, including a therapy with bee stings. So he decided to take the green barley powder for a week.
He quickly noticed a considerable boost in energy.

The following spring, Stephen also began taking Herbal Fiberblend to cleanse his body. These two products - the dynamic duo of greens and fiber - made a profound difference on his health.

One year later, tests conducted at the Mayo Clinic confirmed that Stephen was free of arthritis. A confirmation letter from the clinic revealed no other patient had overcome rheumatoid arthritis as severe as Stephen's condition.

Stephen embraced this new lease on life, completing his master's degree program at Baylor.
His services quickly came into high demand.
He performed concerts in every European country, including Coventry Cathedral in England. He received a scholarship from the French government to study in Paris for one year. He performed at famed locations in New York, St. Patrick's Cathedral and St. Thomas Church. 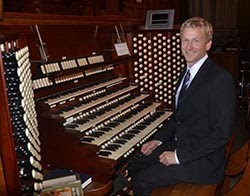 Currently, Stephen is an organist at Houston's Memorial Drive United Methodist Church, where he plays for a congregation of 7,500 people. He also maintains a role as concert pianist.

Living the life he had always dreamed was made possible through hard work, determination and the gift of health from The AIM Companies.

A special thanks goes to Stephen's mom, Verna Distad, an AIM Member from Brownstown, Pennsylvania, for sharing this story of the gift of health.

Testimonials should not be construed as representing results everybody can achieve. BarleyLife® and Herbal Fiberblend® are not intended to treat, cure or prevent any disease. Results may vary per person.