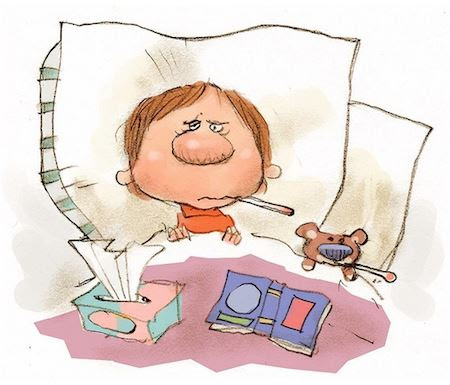 October has arrived and the weather is turning cooler. This can also mean runny noses, coughing and more from your kids.

According to the Mayo Clinic, kids under the age of six catch approximately six to eight colds a year. (Adults average two to four colds.)

Not only do kids get sick more often, their illnesses tend to last longer and include more symptoms.
While the average adult cold lasts five to seven days, kids are often sick for ten days.
Adult colds usually consist of nasal congestion, while kids battle through congestion, sore throats, cough, irritability, decreased appetite and sleep disruption.

Boosting your children's immune system is one way to help them fight through the cold and sickness season.
My wife and I keep our little man healthy this time of year by giving him BarleyLife Xtra. We simply add a small spoonful of this fruit-flavored, green powder to his mixture of water and juice.

Every now and then, he may get a runny nose. (This means his body is getting rid of toxins.)
That's much better, though, than a full-blown cold that lasts ten days, don't you think?