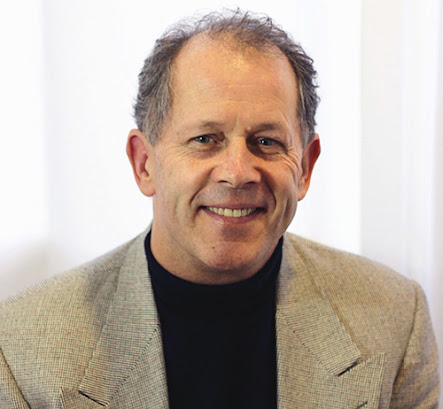 The approach to prospecting by Jimmy Kossert is honest and makes good, practical sense.

Here are snippets from the story of Jim Kossert, recorded by author Richard Poe, in his best-selling book "The Wave 3 Way to Building Your Downline."

(The fact so few network marketers use this approach is further proof that most people fall for the trap of thinking ownership of resources will make them successful. It won't. It's the use of those resources that makes you successful. Buying a book doesn't make you one bit smarter if you don't read it and then apply it.)
Massive Action

The plan of Jimmy Kossert was to pour all his strength into one superhuman burst of activity, sustaining it until mental and physical exhaustion forced him to stop. He would work hard one time, for a couple of years, then enjoy the fruits of residual income.

"I knew I would have to work fast," he says, "because, in sales, your strength gives out sooner when you work slower. I knew it would have to be a short-term effort, because no human being can sustain that kind of pressure year after year."
"Finally, it had to be massive, because this is a numbers game. If I talked to two hundred to three hundred people, I knew I'd get rejections, but I'd also find some superstars."

From his previous network marketing experience, Jimmy Kossert knew procrastination was the enemy of effective prospecting.
Benjamin Franklin once said if he had four hours to chop down a tree, he would spend the first three hours sharpening his saw.
That is good advice, but too many network marketers use it as an excuse for procrastination. They invent the most elaborate rituals and routines of preparation in order to put off actually picking up the phone and making cold calls.

Kossert resolved to avoid every excuse and distraction. He started by setting up a home office devoid of frills.

"I set aside a room in my house with a phone, an answering machine and a fax. Those were my only three tools."

For a filing system, Kossert took twelve manila envelopes and labeled each one, January through December. Anything that had to do with his business went in the folder from that month, from lunch receipts to check stubs.

"At tax time, I handed the folders to my accountant and said, 'You figure it out.' I didn't want to get bogged down with trivial stuff. I knew what I did best was talk on the telephone. If it wasn't ringing, I was making calls. Other stuff, like going to the post office to send out information packets to prospects, you do that in your down time. That stuff doesn't count. It's non-productive."
A Subtle Change

In the mind of Jimmy Kossert, the power of his strategy lay in the sheer volume of prospects he could reach by phone.
For sixteen hours a day, seven days a week, the ear of Kossert was glued to the phone. He competed with himself to see how many people he could squeeze into a single hour.
Eventually, Kossert honed his pitch down to ten minutes, allowing him to prospect six people an hour, as many as sixty to hundred per day.

The hectic pace of Jimmy Kossert was admirable. It gave him enormous leverage in building his business.
However, it wasn't the critical factor in his success. Many network marketers have achieved comparable results with a far less punishing regimen.

The real catalyst in igniting the growth of Jimmy Kossert was neither his speed nor his numbers. It was a subtle change in his selling style.
It came about not necessarily through a conscious decision, but as a by-product of the ferocious speed of Kossert. Subtle as it was, the change proved fateful.
It set in motion a Butterfly Effect that transformed Jim Kossert into a wealthy man.
Straight Shootin'

In his effort to squeeze sixty to one hundred prospecting calls into a single day, Jimmy Kossert quickly discovered he had no time for coyness.
He had to get right to the point and get off the phone as quickly as possible.

Many prospectors will beat around the bush and try to avoid as long as possible admitting they are network marketers.
They do this on the assumption that network marketing will turn people off.
However, Kossert had no time for such niceties. He had a schedule to keep. This worked in the favor of Kossert in some unexpected ways.

'Hi, this is Jim Kossert. I'm involved with a company called Enrich. I'm in network marketing and we've got some great products that flat-out work. Do you want to try them? Do you want to take a look at this opportunity?'

To the surprise of Kossert, about ten percent of the people said 'Yes', on the spot. This happened for three reasons:

1. A high proportion of people today already know what network marketing is, have a positive view of the industry, and have a need or desire for additional income.

2. The straightforward approach by Kossert inspired trust and respect. Because he did not try to conceal or downplay the fact that he was recruiting for a network marketing company, prospects could see right away that Kossert believed in his company and in his industry. They could also see he was not the type who would deceive or bamboozle them.

3. Jim was asking only for a limited commitment. He did not ask his prospects to sign up on the spot. He asked only if they would try the product or if they would like more information about the opportunity.
The Four Big Objections

What about the other ninety percent of prospects?

Most of them offered one of the Four Big Objections to network marketing:

'I tried network marketing and it doesn't work.'

In the past, Jimmy Kossert would have wasted precious minutes on the phone haggling with these people.
But now he didn't have time.
Kossert knew from experience they would be poor prospects. Even if he could persuade some to join, they would most likely hurt rather than help his business.

"A person convinced against his will is of the same opinion still."

"Even if you do manage to get these people involved, their belief system won't be there and they'll do poorly in the business."
"Then they'll start blaming the company, the products, the marketing plan, the industry, and everybody else but themselves. I didn't want a bunch of negative people running around telling everybody why it doesn't work."

When people said they were not interested, all I said was, 'I appreciate you taking a couple of minutes of your time. Good-bye.' Then I hung up and moved on."
Let Them Off The Hook

Jimmy Kossert realized a large percentage of prospects would say 'Yes' simply to get him off the phone.
This too wasted time and money.
It forced Kossert to send information packets to people who were not interested.
It also put him through a runaround of calling people back and setting up face-to-face meetings that never happened or were fruitless.

About two months into his business, Kossert tried something new. When he gave his offer, he followed it with the words: 'If you don't want to get involved, tell me now. It's okay. It makes no difference to me whether you say yes or no.'

It turned out a surprising number of people felt they needed this sort of permission to say no.
By taking away their fear of offending him, Kossert freed his prospect to speak honestly. He saved enormously in time and effort.
As Kossert puts it: 'You might as well find out in two minutes, versus two weeks later.'"
Disqualify 'Em

Kossert soon realized he had discovered a new way or prospecting. He called it disqualifying.
Instead of screening for the best prospects, you focus on eliminating the worst ones.

Dealing with rejection is one of the most discouraging of all experiences in network marketing.
The more you argue with prospects, the more they object, and the worse you feel.
In the twinkling of an eye, Kossert had turned the tables. Never again would he suffer rejection.
Now it was Kossert who did the rejecting.
The Takeaway

This subtle shift in emphasis tipped the power scales dramatically in the favor of Kossert.
When he spoke with prospects now, his confidence crackles like an electric charge.
Instinctively, prospects sensed the power of Kossert and were drawn to it.

In fact, Kossert got some of his best recruits by rejecting them. Many would call right back after he hung up the phone.
In face-to-face meetings, when prospects raised objections, Kossert would calmly pick up his notebook, thank them for their time, shake their hand, and start walking.
Often, after a few seconds' pause to recover from their shock, they would cry out. 'Hey, wait a minute! Come back here!'

Jim Kossert wasn't playing games. When he got up to leave, he really meant it.
But his abruptness had the same effect as a takeaway - one of the oldest tricks in sales. When you offer a product and then withdraw your offer, it tends to arouse a fear of loss in your prospect.
Although he never planned it that way, the unwillingness of Kossert to argue with prospects gave him a crucial psychological advantage."

Read more about what Jimmy Kossert said in Chapter 3 of the book by Richard Poe.