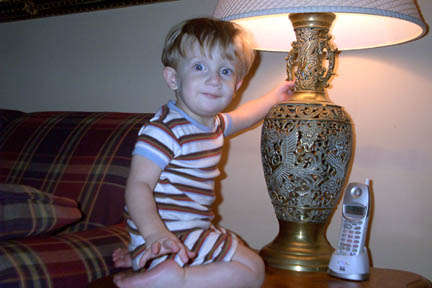 Some of you may not know, that my wife and I have a baby boy, Brady.

He's seventeen months old and extremely active. We're thankful he's so healthy, but we sure do have to work hard at staying one step ahead of him.

Once Brady started crawling, we began to "Brady proof" the house.
We did all of the usual things, such as cover the electrical outlets, install cabinet locks and rearrange stuff.
We also bought a couple of baby gates, which help us corral Brady into a certain area of the house. The gates have been an invaluable purchase!

We have spent entire weekends making the house safe for our little man.
And every time we thought we were finally done, Brady would find something else to get into and we would have to start on another project. 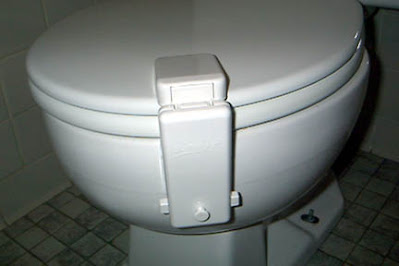 Playing in the toilet has been one of Brady's favorite activities.
We didn't like the idea of having to install toilet locks. At first, we tried putting up a baby gate in the bathroom doorway to keep him out.
But half the time we would forget to set it up and would find Brady with both hands in the toilet, splashing away!

We then decided to install the toilet lock we had bought many months ago. We thought it might be quite involved.
Turns out, it was easy to install - but hard for us to figure out how to use.

Brady, on the other hand, was able to rip the lock off effortlessly. So off to the store again!
We're happy to report the toilet lock we now use works like a charm (though the installation was much more involved).
Another project completed and as a bonus, we have a more sanitary baby! 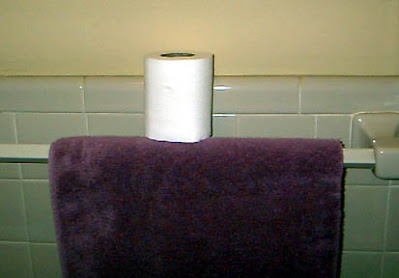 Now that Brady is walking, he can navigate the three steps down to the laundry room by holding onto the rail.
Our little toddler also likes to climb up the stairs on the back porch. 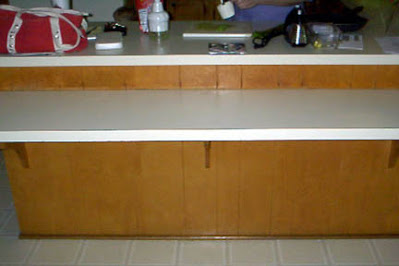 Speaking of climbing, yesterday Brady discovered he could pull out a chair, climb up on it, climb up on the kitchen bar and then onto the counter! He was so proud of himself!

His victory was short-lived, however, as Mom and Dad quickly decided to move the three bar chairs into the storage building.
Another Brady project completed! Hip-hip-hooray! Heck, who needs chairs anyway, right? You burn more calories standing up to eat. 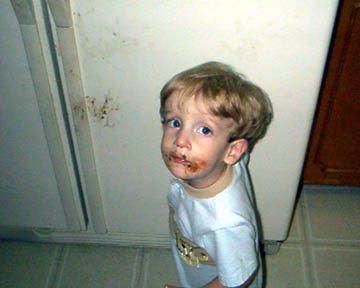 Recently, Brady has started going to the refrigerator when he wants something to eat.
Today, after eating an ice cream sandwich (that he fed to himself), he decided he wanted something else out of the fridge.
He tried very hard to open the refrigerator. Fortunately, we have a refrigerator lock at the ready once Brady figures out how to open it - which I'm sure won't be long!