So Tell Me... What Exactly Does Michael Phelps Eat? 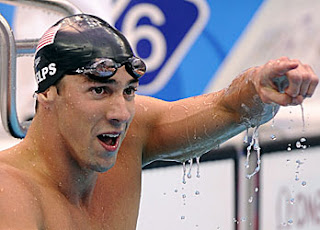 The grandest of Olympic champions, Michael Phelps, churned his way to immortality on Sunday, nailing an unprecedented eight consecutive gold after powering the United States to victory in the 4x100-meter medley relay.

I knew training as a competitive swimmer took a lot of work but what I didn't know is that it takes a whole lot of food too.

Here's what Phelps said about his eating habits: "I was told I was supposed to eat between 8,000 and 10,000 calories a day. I just sort of try to cram whatever I can into my body."

Following is a typical breakfast for Michael Phelps:

The diet sounds deadly but trainers say consuming that many calories isn't all that unusual for a competitive swimmer.

Listen to Sports dietician Caroline Mandel explain why it's necessary for an athlete to eat so much food.