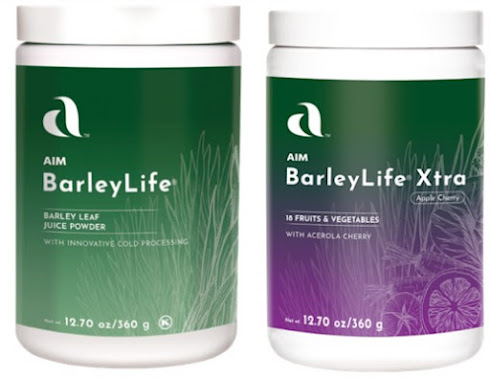 When it comes to skin, as much as you may have been led to believe that diet does not affect your skin, it actually plays the major role.
Yes hormones do control your skin function, but everything you eat either has a positive or a negative effect on the hormones and this in turn will affect the skin.

For decades people have been saying chocolate effects their skin, yet the specialist have been saying this is nonsense.
Then of course, the chocolate companies regularly issue press releases telling us why chocolate is good for you, which of course we all want to hear.

So does chocolate 'make' pimples?
Well basically refined sugar, caffeine and dairy products all upset the endocrine (hormonal) system and this is the system that controls skin function and health.
As chocolate contains all of these it can in a round about way, very well be the cause of skin problems as can alcohol, heated fats, artificial sweeteners, refined carbohydrates and sugar, lack of exercise and sunlight and in fact any drug that affects the hormonal system in any way.

The traditional approach to skin problems is to treat the symptom, not the cause.
The cause is an unbalanced, unhappy hormonal system and this system is very sensitive and needs the right diet and lifestyle.
Lack of essential fatty acids for example can throw your endocrine system to such an extent that you could be sterile never mind have a skin problem!
The best sources of essential fatty acids are raw nuts and seeds, cold pressed oils (here flax oil is exceptional), olives, avocado, sweet corn on the cob and dark green leafy vegetables.

Lack of vital minerals and vitamins such as beta-carotene and B complex vitamins especially the antioxidant group can severely affect your skin, and the best sources are from fresh raw fruit and vegetables, at least 5 to 11 portions daily.
One of the best sources of very powerful antioxidants and B complex are dark green leafy vegetables.
These amazing plants are loaded with SOD (Superoxide Dismutase), chlorophyll and a vitamin e succinate that has a dramatic effect on the endocrine system and in turn your health and condition of your skin.
(I have personally seen dramatic changes in skin, due to the daily consumption of dark, green, leafy vegetables.)

This SOD or Superoxide Dismutase that has been isolated in barley juice is an extremely powerful ‘anti-aging’ antioxidant.
It converts a harmful substance called Superoxide, into water and oxygen, which is completely harmless, thereby preventing damage to the skin.

Research completed at George Washington University found substances that protect blood vessels from damage, in the juice of the barley plant.
In 1994, at the same University, a Vitamin E succinate was identified. This was shown to improve or modulate Prolactin and growth hormone.
Prolactin is vital to breast feeding moms, so breast feeding Moms will benefit from taking BarleyLife. Growth hormone will benefit children and those that are overweight.
Growth hormone also slows down the aging process

One of the most active ingredients in BarleyLife is the very high level of chlorophyll.
Chlorophyll bears a very close resemblance to hemoglobin. Dr. Fisher, Nobel Prize winner used chlorophyll to cure anemia.
Since then chlorophyll has been used to successfully treat peritonitis, brain ulcers, pyorrhea and skin disorders.
Chlorophyll increases the function of the heart, the lungs, the intestines the uterus and skin.

Chlorophyll has been studied for its potential:
Chlorophyll also:
All of these properties would have a profound effect on the ability of the body to heal itself and therefore the skin.
The amount of chlorophyll in a food is indicated by how green that food is.
BarleyLife is exceptionally green in fact many people are convinced that 'something' must have been added to make it that green!
Nothing is added to make the color greener, darker or richer, but the chlorophyll in BarleyLife is higher than most other green juices and foods at a level of 855mg per 100ml

I've had a few letters recently querying the side effects of Roaccutane or Accutane for skin problems, particularly acne.
And as much as I have in the past known that it is not ideal to use and can have some unpleasant side effects, I did not realize that there was a huge groundswell of people who have formed associations to help people who have been on this drug or are thinking of it.
Just type the name of the drug and see how many sites are dedicated to this.
In reading the information some of the new side effects that are showing up now that the drug has been available for more than 2 years (usually the time they test new drugs for!) and now that millions of people have been on it, I was rather shocked to find that there is a high incidence of suicide among users of the drug when compared to other skin medication.

List of Side Effects (as appear on packet insert)

When it comes to acne, the hormonal system is clearly out of balance and some of the foods that appear to contribute to this condition specifically are gluten (the protein found in wheat and rye mainly and to a lesser extent in oats and barley (the grain portion only not the leaves), lack of essential fatty acids (mentioned above) and refined sugar, caffeine and alcohol.
Most people find that just removing gluten and adding essential fats with the addition of BarleyLife, their skin clears completely within three weeks.

One of the main dietary causes here is also gluten and or a dairy intolerance. Removing gluten and or dairy (milk, cheese and yoghurt) will go a long way to correcting this condition,
It is essential that essential fatty acids are included in your diet and this means including natural plant fats as suggested above and the inclusion of dark green leafy vegetables.
I avoid gluten and dairy and include either AIM's Aimega and BarleyLife in my diet.
As a child I suffered from white patches on my face (from dairy) and bumps of the back of my arms (from gluten). Both cleared up when I removed these foods.
Now as an adult my skin gets extremely dry from gluten.

By Mary-Ann Shearer
author of The Natural Way book series