What Happened To My Dad 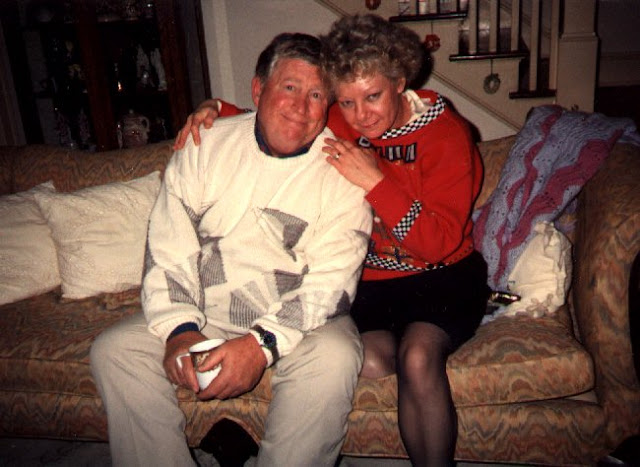 My dad was hooked up to an oxygen machine for over eight years. Even though he stopped smoking almost twenty years ago, he gradually developed a severe case of emphysema. Initially, it came as a total shock to him. For a while, he was in denial.

In high school, he played on the baseball team. But his best sport was football, where he was named to the 1958 All-American team. This made him one of the top high school football players in the country. There are a few plaques and trophies in the den showing his athletic accomplishments.

He was recruited by quite a few Division I schools. My mom put together a thick scrapbook that I used to peruse as a kid. I saw all of the letters that he had received from the college recruiters. When I was a bit older, I went to the public library and saw the newspaper archives of his playing days at Rocky Mount Senior High. He finally decided to become a Tar Heel and accepted an athletic scholarship to the University of North Carolina in Chapel Hill to play for coach Jim Tatum.

So when he was told that he was now disabled, he could not accept it. He had a hard time dealing with it. All he could think about was his younger days, when he was an athlete. But he is not immune to the laws of health. If you don't consistently eat right, exercise, and take care of your body, then eventually the law of cause and effect comes into play.

My father did not take care of himself when he was younger. Like I said, at one time he smoked. He also drank on a regular basis. He pretty much ate whatever he wanted to eat. And he never, ever exercised. He parked it in front of the television on the evenings and weekends and that was it.

You can abuse your body and get away with it when you're younger. But eventually, it catches up with you. And now my dad is paying the price. Since he was placed on an oxygen machine eight years ago, his body has gradually deteriorated. He's had a heart attack, developed diabetes, and now has prostate and pancreatic cancer. He is in pain on a daily basis. He struggles to do many of the things that we take for granted, like walking up the stairs, taking a bath or using the bathroom.

You've heard the saying, "Eat, drink, and be merry, for tomorrow we die." Yet most people don't die right away. They're not spared the pain and suffering of old age. Rather than dying peacefully in their sleep, they'll instead undergo a series of health crisis, have years of medication and limits on their activities. They'll lose their independence and need help from others for the simplest of things.

After seeing what happened to my dad, I decided I didn't want to end up like that. I'd rather pay the price for good health now, than to pay the unforgiving price of poor health later, when I'm old and it's too late.