"My doctor told me I had two to six months to live." 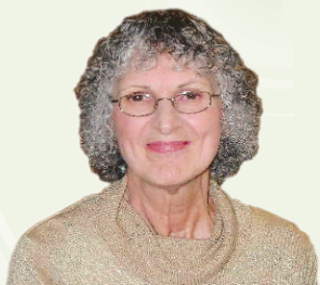 During her lifetime, Frances Grafton of Blythewood, South Carolina had struggled with a number of illnesses that weakened her immune system.

Some of these included arthritis, lupus and Raynaud's disease.

Then in early 1998, she was diagnosed as having non-Hodgkin's lymphoma, a cancer that begins in the immune system's white blood cells known as lymphocytes.

Biopsies revealed tumors were growing inside of her. One was located near the jugular vein.

Surgery was scheduled in August to remove the tumor.

However, during the operation the surgeon sliced her jugular vein. Fortunately, a specialist was on hand to repair the damage.

Even so, the prognosis was not good.

"I had stage 4 non-Hodgkin's lymphoma and my doctor told me I had two to six months to live," Francis said.

Thinking she was going to die, her son and daughter-in-law decided Frances should live with them in Myrtle Beach.

"I went to the beach one day and had a long talk with my Lord Jesus. I told Him that I couldn't handle this alone, that cancer was bigger than me, and if I was to live, He would have to help me."

In Myrtle Beach, Frances found a wonderful physician who was encouraging when she wanted to try alternative medicine, along with the typical treatment for cancer.

"I needed something natural that would help. Chemotherapy practically kills you and I had radiation in January 1999 that burned out my thyroid in the process."

She began going to a number of meetings where natural ways of battling cancer were discussed.

"I started juicing a variety of greens, including Swiss chard, kale, and lettuces."

After meeting AIM Member Charlie Brown, who used to have Hodgkin's lymphoma, Frances began taking BarleyLife. By May 1999, she was in remission and able to return to her own home.

"I felt like I was over lymphoma from all the juicing and BarleyLife," Frances said.

"I felt good. But after eleven years of this routine, I stopped taking it consistently. In 2012, the cancer came back, but not as aggressive as before. I think BarleyLife is the reason."

Frances went back on BarleyLife, taking daily servings of two to three tablespoons mixed in water.

"I don't have any more tumors," she said. "This was confirmed by a cancer doctor in South Carolina."

At the age of seventy-seven, Frances is pleased to say, "I'm healthy and able do what I want to do - drive my car, clean my gutters, do quilting, whatever. BarleyLife really does do it."

P.S. BarleyLife® is for people who believe nutrition matters.
They want to do everything they can to avoid being sick as they get older.
Does that sound like you?