The Natural Fight Against Cancer


In North America, cancer is at the forefront of health awareness during the month of April.

No one is more mindful of the devastating implications of a cancer diagnosis, than those who have lived through such a life-threatening experience.

The following stories demonstrate the convictions of two individuals who were determined to beat cancer with the help of AIM natural nutrition.


Lori Nelson was in tears when she telephoned her friend, Liana Kopalyan, in October 2011. Having left her doctor’s office, Lori had been told she had three tumors diagnosed as ovarian cancer. 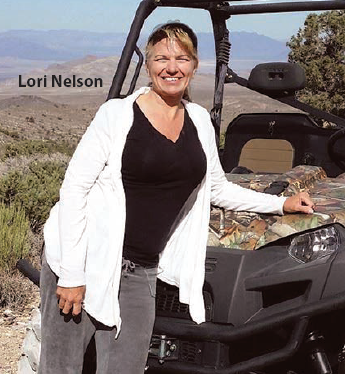 Surgery, chemotherapy and radiation were recommended, but Lori had also talked to her physician about first trying natural alternatives before going the harsh medical route.

The fear in Lori’s voice was something Liana knew personally.

Eighteen years ago, Liana had surgery to remove a small cyst from her breast. But in less than a year, it grew back.

Liana used the experience to change her career trajectory, going on to help many people through the use of AIM products in her Natural Living program.

"I'm a preschool teacher, and I first got to know about Liana and her work when I taught her son, Samuel," Lori said.

"He would say things such as, 'Miss Lori, did you eat healthy food before having your cake?' or 'I'm not feeling well. Please call my mom for some BarleyLife'.

I eventually began going to Liana's Natural Living classes, so she was the first person I called when I found out I had cancer.”

Along with being committed to a raw food diet, Lori started taking the Garden Trio and AIMega.

"I took one heaping teaspoon of BarleyLife three times a day," Lori stated.

Three months later, at Liana's insistence, Lori went back to her doctor for testing, only to discover one of the tumors was gone. Her doctor had never seen anything like this during his entire career.

By April 2012, only six months after her cancer diagnosis, the other two tumors had disappeared and Lori was pronounced free of cancer.

That was the day Liana received another tearful telephone call from Lori.

But this time, she cried tears of joy.

Fred Hampshire has been an avid user and promoter of AIM products since 1997, allowing him to improve his health and maintain wellness.

In August 2013, he noticed a small lump on the left side of his neck.

"After several blood tests and a biopsy, I was diagnosed with non-Hodgkin’s lymphoma," Fred stated. 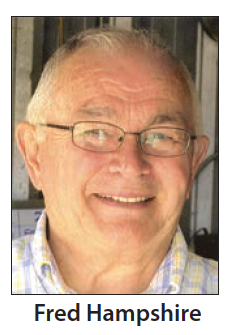 "As surgery was not possible due to the location of the tumor, twenty-one radiation treatments and then possibly chemotherapy were recommended."

He decided to go with the radiation.

In spite of advice from the doctor not to use any vitamins or antioxidants, Fred continued taking BarleyLife under his tongue several times each day, as well as the Garden Trio three times a day, along with several other AIM products.

As a result, he sailed through the treatments with lots of energy and no tooth, gum or throat sores or other common problems.

Fred explained, "I'm sure that taking BarleyLife dry and holding it in my mouth four to five times a day played a huge role in this."

One of his doctors had been given a grant for $825,000 to study radiation and chemotherapy treatments with and without supplements, so he was extremely interested in his supplemental nutrition.

“It is no wonder that he wanted to know what I had been doing," Fred determined, "because my blood tests were always excellent, even during radiation treatments."

In August of 2014, he was declared free of cancer.

“I praised God once more for AIM products and that no chemo was necessary," Fred exclaimed.

“I attribute the success of this journey to the prayers of my friends and AIM family; the great food preparation by my wife, Marlene; the ability to exercise rigorously for one and a half hours for three times a week; the encouragement, wisdom and prayers from AIM Member Edna Smith; and being able to use AIM’s concentrated whole-food supplements.”

"At almost seventy-eight years of age, I can't feel any better than this," Fred admitted.

"This is why I am still beating the drum for BarleyLife."