The Vitamin K in LeafGreens™

The new LeafGreens™ formula just got a whole lot healthier, with the addition of three new “super” vegetables: arugula, Swiss chard and kale.

The AIM Companies™ removed faba bean and field pea leaves, but made sure to replace the kaempferol and quercetin they supplied.

You’ll still be getting a similar zesty taste just with more vitamins, flavanols and phytonutrients packed into every healthier, greener and leafier serving.

What’s New?
Swiss chard contains thirteen different types of antioxidants, including kaempferol and syringic acid, a flavonoid that according to a study published in the Journal of Acute Disease helps to stabilize blood sugars.

Kale
Popular in its own right, kale is a leafy green or purple cruciferous vegetable related to cauliflower and Brussel sprouts. It is known for its vitamins A, C and K, copper, potassium, iron, manganese, calcium and phosphorus content. It also has lutein, zeaxanthin, quercetin and kaempferol.

What’s New?
Kale contains both kaempferol and quercetin. Kale, along with other cruciferous vegetables,is known for its supply of indoles. According to the National Cancer Institute research has shown that indoles “inhibit the development of cancer in several organs in rats and mice, including the bladder, breast, colon, liver, lung, and stomach.”

Arugula
Arugula, also known as rocket lettuce, is a green cruciferous vegetable. It’s a good source for vitamins A, C and K, calcium as well as dietary nitrate, alpha-lipoic acid and chlorophyll. Like broccoli, it contains sulfuraphane and indoles.

What’s New?
As a cruciferous vegetable, arugula shares a lot of redundant properties with broccoli and kale. However, arugula has been noted for its thiocyanate content which was shown to suppress inflammatory mediators in a study published in the aptly named Mediators of Inflammation.

Click Here to listen to an audio description of LeafGreens™. 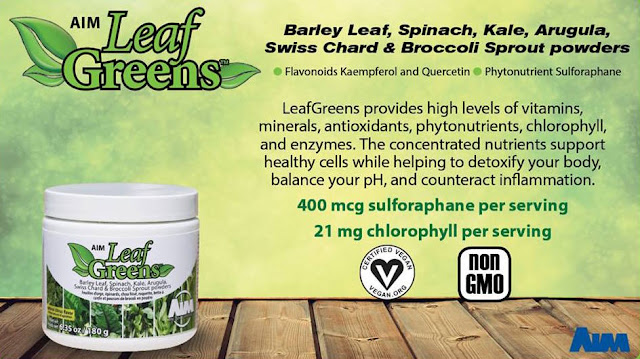