"The tests showed I was one hundred percent healthy without any complications." 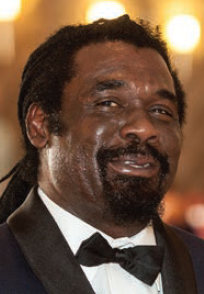 In 2014, I went to Jamaica for a one-month vacation, but ended up spending two because I lost my green card.

During that time, a chikungunya virus - also called CHIKV - epidemic broke out and spread like wildfire.

The chikungunya virus is transmitted to people through mosquito bites. Mosquitoes become infected when they feed on a person already infected with the virus.

The viral disease causes fever and severe joint pain that can last for years, and if someone in your household gets infected, the rest of the family usually gets infected also. Many children and adults die from this virus.

The Jamaican government declared a state of emergency.

My experience with this disease started after I returned to the United States. After two weeks, I came down with a fever and lethargy and a great deal of pain in my left pinky finger. That’s where it all started.

My appetite went as well. Then there was severe joint pain and vomiting. It was even hard to keep down liquids. I was in so much excruciating pain that I could not get out of bed.

I tried everything I could find to soothe my body: Vick's vapor rub, rubbing alcohol and a few other remedies, but nothing worked.

My wife, Carol, suggested that I try the AIM Mag-nificence magnesium products. I totally refused at first, but she insisted, so I gave it a try.

That night, I was able to sleep without the pain in my joints and the fever.

In the morning, my pain was not as severe in my pinky and other parts of my body.

The fever was down and I drank a large bottle of cherry drink, plus Red Rush. It felt good because I was so dehydrated and I hadn’t been able to keep food down.

I used Magnificence for another week and my joint pain began to diminish.

Apart from my weight loss, I was feeling pretty good, almost like before I contracted CHIKV.

I stopped using the Mag-nificence and the Red Rush because I was going outdoors again and eating food.

I was good for a week or so, but then the joints in my right pinky finger began acting up and my other fingers started to feel stiff, and then there was more pain.

This time, I used the Mag-nificence three times daily for two weeks straight, non-stop. I was good again within a week.

I went to the doctor’s office to have my blood work done. The tests showed I was one hundred percent healthy without any complications.

I hope this testimony shows the AIM products are the real deal, all-natural, ready to nourish each and every one of your cells.

Before I was infected by this virus, I was in perfect health, so be careful and enjoy these foods because health is a gift from God. Thank God for my AIM family.