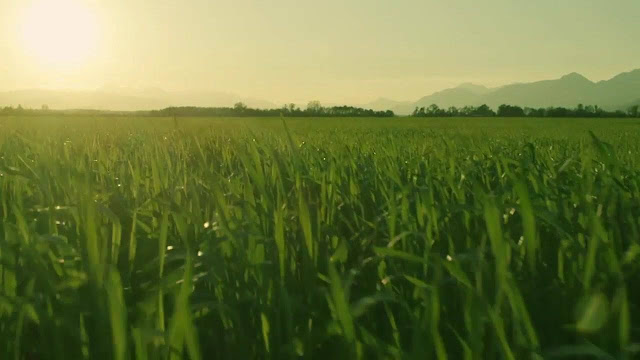 Gluten is a sticky issue these days for many people, especially for those who react poorly to its presence in foods they consume.

From the Latin word meaning glue, gluten is a protein composite found in several grains including wheat, rye, and barley. Because barley plants mature into grain, AIM receives regular queries about gluten and BarleyLife.

When you think of gluten, you really have to think of those mature grains of barley, not the vegetable-like blades of grass.

The young barley plants that provide BarleyLife nutrition are harvested before reaching the first joint that begins the long, transitional phase of growth into grain.

However, the embryonic grain in a barley seed can account for a minute amount of gluten in the harvested grass. This is why AIM has been randomly testing BarleyLife for the presence of gluten since 2002.

With the explosion of gluten-free foods in the marketplace and the growing gluten awareness of even those without sensitivities, The AIM Companies wants people to know in 2014, nearly 90 percent of BarleyLife contained less than 20 parts per million (ppm) of gluten, which is the standard for a food to be labeled "Gluten-Free." The remaining 10 percent of powder produced tested between 21 and 28 ppm.

This is why the majority of people with celiac disease and gluten intolerance have been able to enjoy the many health benefits of BarleyLife without having any issues. At the same time, those with gluten sensitivities should begin with a quarter serving or less of BarleyLife to test their body's acceptance of the juice powder of young barley grass.