Antioxidants For An Aging Immune System


The free-radical theory of aging received a significant boost to its scientific paradigm this month, when scientists from the Scripps Research Institute were able to pinpoint how the aging process hampered the production of new immune cells.

Their research suggested dietary antioxidants diminished the damage caused by aging.
This is the first study to reveal the mechanism between proper immune system functioning and antioxidants.

Their findings were published in Cell Reports.

The researchers were interested in discovering what happened to the thymus, the lymphoid organ where T cells are produced, during the aging process. The overall prognosis was not good. The thymus begins its decline and loss of function during early adulthood. Now they think they know the reason why.

There are two types of cells in the thymus: stromal (connective cells) and lymphoid cells (innate immune cells). The stromal cells were found to be deficient in catalase. Cells utilize catalase to breakdown hydrogen peroxide, a normal but somewhat dangerous byproduct of the metabolic processes.

(Some believe that a lack of catalase and the prevalence of hydrogen peroxide is the reason why our hair turns gray as we get older; it’s literally our hair being bleached from the inside out).

When cells lack catalase, they are damaged by those reactive oxygen byproducts like hydrogen peroxide.

The researchers increased the level of catalase in genetically engineered mice, which increased the functioning of their thymuses. Additionally, the rodents who were given dietary antioxidants like vitamin C maintained proper thymus functioning longer, lending support to the “free-radical theory” of aging.


Taken together, the findings provide support for the “free-radical theory” of aging, which proposes that reactive oxygen species such as hydrogen peroxide, produced during normal metabolism, cause cellular damage that contributes to aging and age-related diseases.

The scientists hope these findings will lead to improved immune system therapies for the elderly.

Working together, the different aspects of the Proancynol® 2000 formula provides benefits that cannot be achieved by taking the ingredients alone. 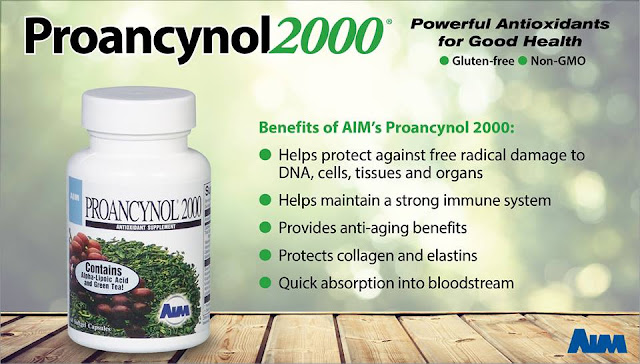