An Easier Way to Breathe

A study found vitamin D supplementation reduced symptoms of Chronic Obstructive Pulmonary Disease (COPD) by forty percent, in patients who were previously deficient in that nutrient.

Symptoms include coughing, excess mucus and shortness of breath. All patients who supplemented with vitamin D saw a reduction in their flare ups.

"This is the first clinical trial to investigate the impact of vitamin D supplementation on severity and duration of COPD symptoms. One previous trial has linked vitamin D to a reduction in COPD disease flare ups, but this was limited to patients with very severe conditions. This trial is larger and studied patients with a much broader spectrum of diseases, ranging from mild to severe." - Source: Science Daily

According to the American Journal of Nutrition, vitamin D deficiency has become an epidemic. Two-thirds of U.S. adults and children are now deficient in this critical nutrient. Possible side effects include asthma in children.

The good news? You can breathe easier with with CalciAIM, a nutritional supplement which contain the right kind of vitamin D. 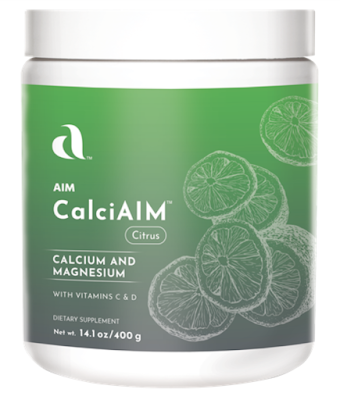