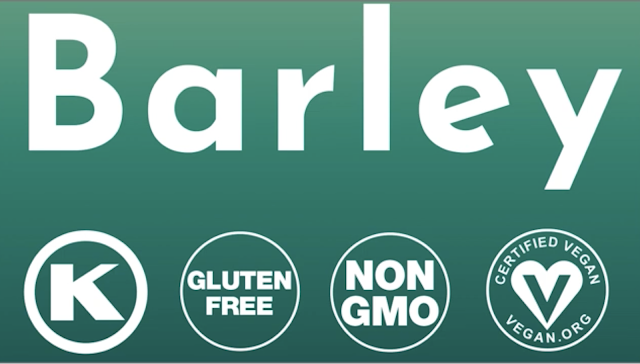 Getting essential vitamins is one of the many benefits of taking BarleyLife. Moreover, the vitamins are natural, coming from the juice powder of young barley plants.

One of the vital vitamins in BarleyLife is K, which gets its name from the Danish and German word, koagulation.

Coagulation is all about the formation of blood clots - a vital process to prevent excessive bleeding. Vitamin K plays a key role in preventing abnormal bleeding by helping to make several proteins required for blood clotting.

Additionally, this vitamin supports bone health and optimal calcium use by your body.

There are two naturally occurring forms: plant-based vitamin K1 and animal-based K2. K1 comes from a green, alkalizing source, such as BarleyLife. K2 usually comes from acidifying sources, such as cheese, beef, poultry, and organ meats, as well as from synthesis by intestinal bacteria. One of the many great reasons for taking BarleyLife® is its healthy source of vitamin K1.

Also known as phylloquinone, natural vitamin K1 is found in nutrient rich BarleyLife, which detoxifies, cleanses and alkalizes your body. Green plants such as young barley grass are rich in K1 - an essential nutrient. Broccoli, kale, parsley, and other leafy greens are also examples of vegetable sources of vitamin K1.
Daily Intake

One 4-gram serving of BarleyLife provides 80 micrograms (mcg) of vitamin K1. Based on the level of vitamin K required for maintaining normal coagulation, the recommended intake for women is 90 mcg daily. Men require 120 mcg every day. However, research is showing that these amounts may not be enough for the many functions of vitamin K.
Benefits of Vitamin K

According to Micronutrient Research for Optimum Health at the Linus Pauling Institute, vitamin K-dependent proteins are required not only for coagulation but for bone mineralization and cell growth. At the same time, the research does not indicate that these proteins depend on a specific form of vitamin K, most likely because the body can convert K1 to K2. However, the institute recognizes that the dietary intake required for optimal function of all vitamin-K dependent proteins is not yet known.
Bone Health

At least three vitamin K-dependent proteins have been discovered in bone, leading to research on vitamin K for maintaining strong, healthy bones. One such protein - matrix Gla protein (MGP) - promotes normal bone growth while preventing calcium build-up in cartilage and soft tissue, such as arteries (supporting cardiovascular health as well).

A 2001 study of postmenopausal women showed that supplementing with 1,000 micrograms of vitamin K1 for two weeks decreased the marker that predicts the risk of hip fracture. Additionally, K1 increased several markers that indicate the formation of bone. Once again, another great reason for supplementing with BarleyLife.
Cell Growth

First identified in 1993, a vitamin K-dependent protein known as Gas6 is thought to be a factor in the regulation of cellular growth. This protein seems to be involved in cellular communication to coordinate the behavior of individual cells for the benefit of the entire body. Present throughout the nervous system, Gas6 is also found in cartilage and organs such as the kidneys, lungs and heart.

Future research may uncover even more of these vitamin K-dependent proteins and further benefits from this vital vitamin.

The majority of your vitamin K intake should be from nutritional greens, given their important health benefits. For that reason, BarleyLife is a very healthy way to get natural vitamin K1 from greens.

This nutrient-dense green powder has been found to have extremely high SORAC Values, which is the ability of a certain food to fight things like cancer and heart disease, as well as slow down the aging process.