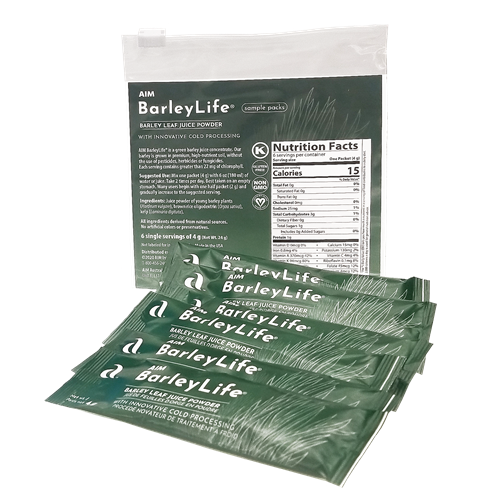 The improved BarleyLife has a number of big-time benefits, including better taste, more nutrients and more barley servings for your dollar. Everywhere you look, this barley is better.

One area in particular that saw a boost from new barley was the antioxidant (cancer fighters) value for superoxide dismutase. (SOD)
This technical term may sound complicated, but its benefits to your body are as clear as day. Here is how the superoxide dismutase in BarleyLife and BarleyLife Xtra makes a big difference in your health.

Free radicals are widely known as the bad guys of the body. They come in many shapes and sizes, including superoxide, a free radical produced by breathing.
The superoxide molecule is similar to a normal oxygen molecule, except it has one extra electron.
As it moves through the body, superoxide tries to give away this extra electron, causing imbalance among the cells. This ultimately leads to disease.

So now you know why the young barley plants in BarleyLife and BarleyLife Xtra are considered one of the richest sources of nutrition on earth.

To learn more about this nutritious green powder for kids and adults, Click Here.