No More Characteristics of Autism 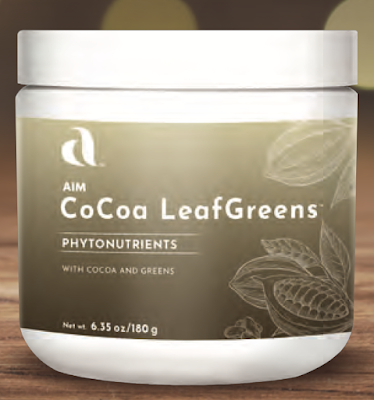 As a registered nurse, Vickie Rowlen is impressed by the positive results CoCoa LeafGreens has had on her grandson.

At three and a half years of age, Russell was a very picky eater and would not eat fruits and vegetables. His diet consisted of fries, pasta and other carbohydrates.

Although he was never officially diagnosed with autism, Russell had all the characteristics. He was easily irritated and you had to be careful not to set him off. He wanted to hide from people and was resistant to them.
Russell also did not have daily bowel movements.

Lydia Yoder, a friend from Ohio, shared CoCoa LeafGreens with Russell, as well as his mother and grandmother. She also talked to them about the benefits of other AIM nutritional supplements.

After Russell tried CoCoa LeafGreens, he began to drink it every day. A few days later, his personality began to change. He was happier and more pleasant. His daycare provider said he was easier to care for and was interacting more with others.

After a month of taking CoCoa LeafGreens, Russell actually started asking for it.

Other than introducing CoCoa LeafGreens, his grandmother said there were no other changes made to bring about this miracle in Russell. He is now four years-old and much healthier. It is great to see how this AIM product is working for him.

The nutrients in CoCoa LeafGreens will work for anyone, regardless of age.
Why not see how Cocoa LeafGreens works for you and your family?