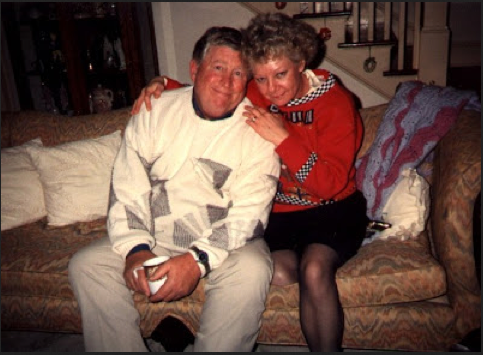 Paul Franz Eilers grew up in an environment where pain and rejection were normal. Most of us cannot possibly identify with the life that he lived as a child.

Many that knew him say a book should be written about it. But in the end, God used sadness to create a wonderful gladness.

Paul was born in Alabama on April 22, 1938 to a German father and an American mother.
It was during the hardship years of the Great Depression. Jobs were scarce and it was a struggle to support a wife and young family.

So Alfred Eilers decided to move his family to his native Germany, where the Eilers family had considerable wealth and his job prospects were much better.

Unfortunately, it was also the beginning of World War II.
Almost as soon as they were settled, Alfred Eilers was drafted into the German military and sent to the Russian front. Shortly thereafter, he was killed in action.

At the time of his father’s death, Paul was just two years old.

Because they were Americans, Paul and his mother, along with his two brothers, ran the risk of being found out. So they were hidden in the countryside by grandmother Eilers.

While there, they had to live off the land. One time they were forced to steal food from a British camp.

After a few months, it was determined to be safe enough to return to the home of Mrs. Eilers in Hamburg. However, the SS army of Adolf Hitler soon found them.

They were abruptly arrested, boarded onto a train boxcar and sent to a Nazi concentration camp. Though only six years old at the time, Paul recalls the coal cinders burning holes in his clothes during the train ride.

The Eilers family was imprisoned at the concentration camp for three years at which time the British army freed them.

At the age of nine and unable to speak a word of English, Paul found himself onboard a passenger ship, along with the rest of his family. They were bound for Ellis Island, New York, the immigrant station of America.

That trip was the best experience of Paul's young life. For the first time, he had food every day, a room in which to sleep and freedom to roam the ship.

Unfortunately, the nightmare had only just begun.

Paul’s life in America was worse than what he experienced in Germany. Since he only knew German, one of the many difficulties he had to overcome was the language barrier. Even after he learned English, for quite awhile he spoke with a German accent.

Due to the current world war with Germany, Paul was used as a scapegoat by kids and adults alike for their hatred of all things German. He often fell victim to verbal as well as physical abuse.

During this difficult time, his mother, Georgia, was unable to find employment. Due to her financial situation, she was forced to put several of her children in a Virginia orphanage.

Paul and his older brother, Don, were not given an explanation as to why they were being taken to an orphanage or even told goodbye. (Imagine the feelings of anxiety and rejection that young Paul went through.)

At the time, he was all of nine years old.

Life at the orphanage was hard. The children had to wake up every morning at 4:00 a.m. to work in the fields or on the grounds for the better part of the day. Paul’s responsibilities included milking the cows as well as starting the coal burning furnace.

He lived at the orphanage for five years and while there he tried to escape at least three times. He was caught each time, taken back to the orphanage and beaten.

At the age of fourteen, Paul and his brother, Don, were able to move to Rocky Mount, North Carolina and live with their mother and two younger siblings.

During this time, Georgia Eilers worked at a dress shop and they lived on Edgecombe Street in a house that better resembled a shack.
During the day, sunlight peeked through the cracks in the walls. In the winter, the toilet water would often freeze.

But Paul was much happier living there than at the orphanage. At last, he finally had a place to call home.

Paul attended R.M. Wilson Junior High School and Rocky Mount Senior High.
While in school, he worked in the cafeteria mopping floors and wiping tables in order to eat lunch. (Back then, there were no government free lunch programs. Many times school lunch was the only meal Paul had for the day.)

More often than not, he would overeat and then vomit behind the school dumpster.

Paul soon found his outlet through football. (Looking back, the family believes this saved him. Years later, a relative discovered that over seventy-five percent of the boys at his orphanage ended up in prison.)

It was through football that Paul was able to release a lot of pent-up frustration and anger, which landed him in the record books. As a senior in 1957, he was named to the North Carolina All-State team.

He was also honored with a place on The Sporting News All-America team, which was awarded to the best high school football players in the nation.

Highly recruited, he eventually ended up becoming a Tar Heel, playing for coach Jim Tatum at the University of North Carolina.

After college, Paul enlisted with the Army where he served as a medic at Fort Campbell, Kentucky.

After four years of service, Paul moved back to Rocky Mount where a friend introduced him to a local girl, Catherine Smith. They soon fell in love and on April 17, 1966, were married at First Baptist Church.

A management career with a department store chain ensued, while his wife worked as a dental hygienist.

After nine years of retail management, Paul had enough of being overworked and underpaid.
The couple also tired of moving their two young sons, Paul Jr. and David, from city to city, in order for Paul to open a new store or turn around an existing one. So Paul quit his retail job and moved the family back to Rocky Mount.

He and Cathy then decided to start their own cleaning and remodeling business, a livelihood that lasted for over twenty-five years.

As Paul got older, he began to have dizzy spells and had trouble catching his breath. After much prodding from his wife, he eventually went to the Veterans Medical Center in Durham.

Test results revealed a severe case of emphysema, which led to him being placed on oxygen and unable to continue working.

Over the next eight years, his health gradually declined. He suffered a heart attack, became borderline diabetic and was eventually diagnosed with pancreatic cancer.

Around this time, God began to pursue Paul and draw him near to Him.
Throughout his life, Paul had struggled with the issue of faith. He had a hard time understanding how God would let him go through so many trials and tribulations.

But during these tough times, God had never left nor forsaken Paul. Not when his father died. Not in the concentration camp. Not at the orphanage. And not when he was hungry, helpless and hopeless.

God was there with Paul, the entire time.

Because of his eight year battle with sickness, Paul no longer had the energy to hold on to his bitterness.
Working on his heart, God placed people in the path of Paul, in his search for truth. His grandchildren would often crawl into his lap, showing him the unconditional love of God.

Through this process, God gave Paul the faith to believe. His resentment and anger were swallowed up by the love of God.
So Paul believed in his heart that Jesus died for his sins and saved him for the life to come. A spiritual orphan, he was no more.

Paul Franz Eilers died on Tuesday, January 23, 2007. He is finally home now, so it is a day of celebration.
For those who knew him, it is a day of deep emotion because of their loss. The tears in their eyes and the pain in their heart are testaments to how much he meant to them.

So cherish the tears and embrace the pain, because you would not have them, if you had not known Paul and been blessed by his life. Amen. 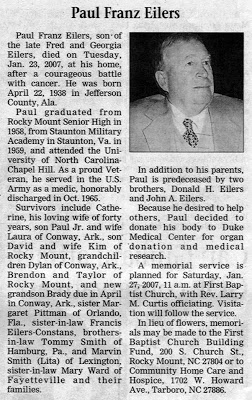 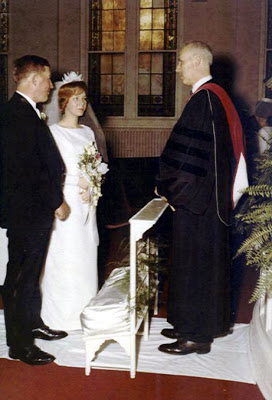 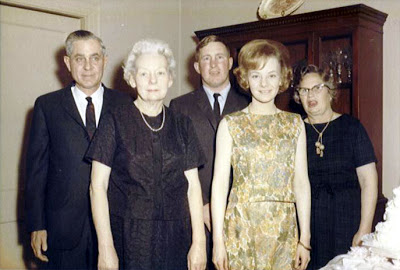 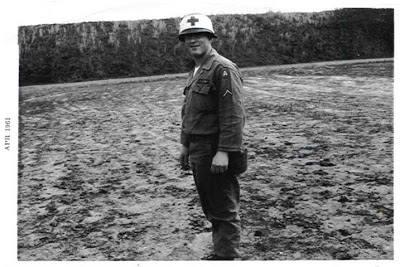 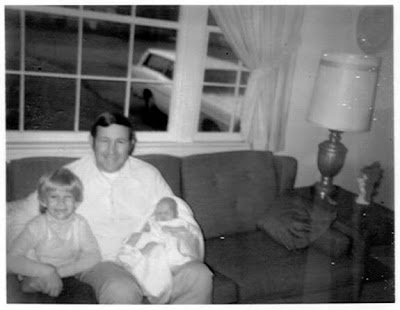 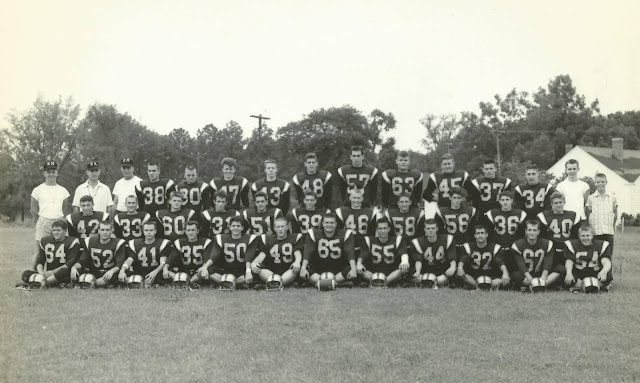 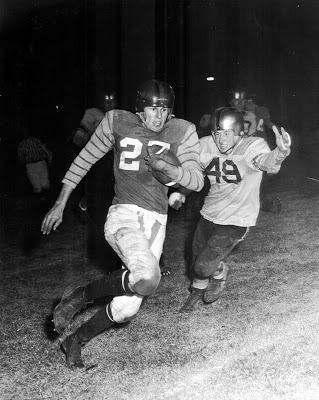 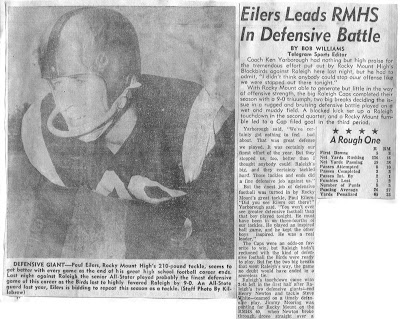 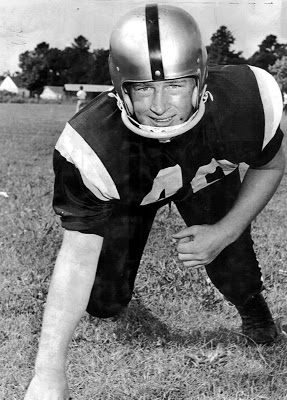 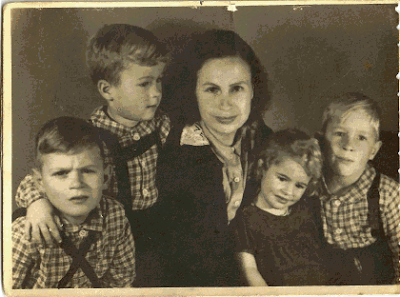 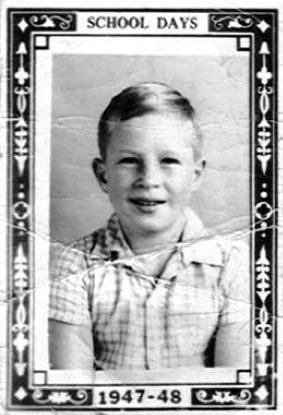