Years ago I read this quote, and I've never forgotten it.

"If I had known I was going to live so long, I would have taken better care of myself." - Mickey Mantle


My father died of cancer after being on oxygen for eight years.

He had smoked since he was a teenager (though he eventually quit) and drank somewhat on a regular basis too.

He also never exercised and ate whatever he wanted. It was a recipe for poor health.

During one of the last years of his life, we went to see my parents, who lived in another state. During our visit, I took Dad to an out-of-town doctor's appointment. While driving down the eastern North Carolina highway, we saw tobacco fields on the side of the road. All of a sudden, my father blurted out, "I wish it could all go to hell!"

What a way to live out your golden years, eh?

We've all heard the saying, "Eat, drink and be merry, for tomorrow we die."

The problem is, as in the case of my father, some of us don't die. We live out our remaining years wishing we had taken better care of ourselves when we were younger. 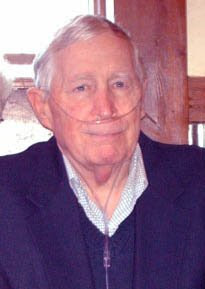