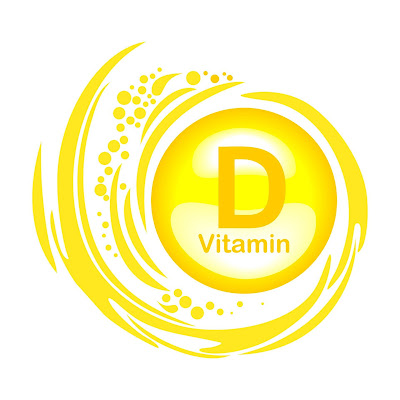 
Sounds too good to be true, doesn't it?

But that's the potential now being attributed to Vitamin D, whose usefulness was once thought to be limited to prevention of rickets in children and severe bone loss in adults.
Known as the sunshine vitamin because it is produced when the skin is exposed to ultraviolet light, Vitamin D has been garnering increasing attention recently, because of what it may be able to do and because many people appear to be getting too little of it.

"There's a drumbeat about Vitamin D that is being played very loudly," says Mary Frances Picciano of the Office of Dietary Supplements at the National Institutes of Health.

Just this month, the American Journal of Clinical Nutrition published a special supplement on Vitamin D highlighting widespread deficiencies "in various populations throughout the world, including 'healthy' people in developed countries where it was thought that Vitamin D deficiency was obsolete."

In March, Picciano chaired a session on Vitamin D at the Experimental Biology annual meeting, one of the largest gatherings of scientists in the world. Designed to pinpoint gaps in knowledge, the session was the second meeting on Vitamin D sponsored by the ODS in a year.
In the wake of emerging positive results, the National Cancer Institute gathered scientists to review the nutrient's ability to reduce cancer risk, particularly of the breast, colon, prostate and lung. And last fall, the federal Agency for Healthcare Research and Quality issued an evidence-based review of Vitamin D that found it to be key for bone health at all ages, including in the prevention of falls in the elderly.

"There are a lot of benefits to Vitamin D that have surfaced in the last 20 years," notes Hector DeLuca, a University of Wisconsin biochemist who has been a pioneer in Vitamin D research.

Among the more intriguing findings is a recent review of 18 studies involving nearly 60,000 people that showed those who took Vitamin D supplements had a 7 percent reduction in mortality from all causes compared with those who didn't take the supplements.

In the future, Vitamin D could also play a role in cancer treatment. One recent study found that lung cancer patients who either got a lot of sun or had a high intake of Vitamin D had three times the survival rate of their counterparts with lower Vitamin D levels.

Despite these encouraging results, "the data are still preliminary and not a level where you would make public policy," Picciano says, noting that "we still don't have all the information to go to the next step."

In the meantime, an increasing number of physicians use a simple blood test to check Vitamin D levels in all patients, a practice that DeLuca says "is the smart thing to do."

Rates of colon cancer, for example, are about 50 percent lower in sunny parts of the world and in regions such as Norway where there's a high consumption of fatty fish rich in Vitamin D.


Food - especially fatty fish such as salmon and mackerel - is a prime source of Vitamin D. Just 3.5 ounces of either fish provides 90 percent of the daily value for most adults. Other foods naturally rich in Vitamin D include sardines, tuna, eggs and liver. And there are plenty of foods, including milk, margarine and some breakfast cereals, that are fortified with Vitamin D.

Another option for increasing the nutrient's levels in the blood is to take a dietary supplement with Vitamin D, a practice that DeLuca began a couple of years ago. "There is enough reason to believe that if you aren't crazy and get too much Vitamin D, you can improve your risk," he says.

DeLuca takes 1,000 international units (IU) of Vitamin D daily. He also follows a diet that includes foods fortified with the vitamin. He estimates that his total intake hovers around 2,000 IU daily, the level that the National Academy of Sciences sets as the tolerable upper limit for adults. (Adequate daily intakes are 200 IU for those 19 to 50 years old; 400 IU for adults 51 to 70; and 600 IU for those 71 or older.)

Aside from taking a dietary supplement, spending time in the sun remains the most significant source of Vitamin D. Just 20 minutes spent in the sun without sunscreen enables the skin to produce about 20,000 IU of Vitamin D -- equivalent to drinking about 400 glasses of milk. Contrary to taking mega doses of dietary supplements, sun exposure does not appear to cause Vitamin D toxicity.

But there's another downside to sun exposure: increased risk of skin cancer -- the reason that DeLuca, dermatologists and many scientists say that it's best to get Vitamin D "from fortified foods and capsules."